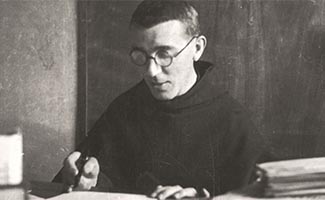 Like St. Maximilian Kolbe, Conventual Franciscan Fr. Placido Cortese directed a Catholic publication, the Messenger of Saint Anthony. And, like St. Kolbe, Friar Placido was tortured and killed by the Nazis. 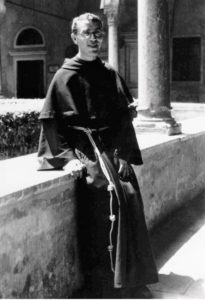 On August 30, Pope Francis advanced the sainthood cause of this Venerable Servant of God. His heroic actions as part of a secret rescue network in Padua during WWII, brought him to the attention of the Nazi SS. Friar Placido had been using his confessional at the Basilica of St. Anthony of Padua to receive messages about Jews, disbanded allied soldiers, and others whom the Nazis persecuted or sought. He used his printing press to make false documents and worked with the underground Resistance to help the persecuted reach Switzerland.

On October 8, 1944, two spies working for the Nazi SS tricked Friar Placido into a car waiting in front of the Basilica of St. Anthony. They drove him to Trieste, where the Gestapo brutally tortured him and eventually killed him. He would not give up the names of his collaborators. 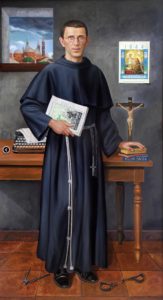 Testimony of these last weeks of Friar Placido’s life and death have placed him on the road to sainthood alongside his brother Maximilian Kolbe.

Men of God, these friars defended the weak and remained faithful in their commitment to solidarity and charity.

You can learn much more about Friar Placido on our Order website.

Also, Friar Mario Conte, Executive Editor of the Messenger of Saint Anthony, tells the story of Venerable Servant of God Placido Cortese in the video below.

A Time to Reflect