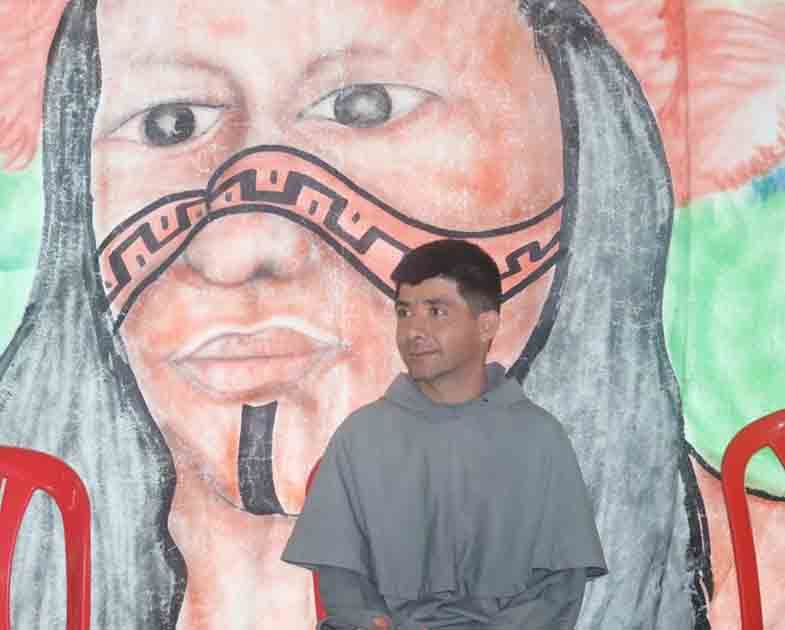 For me it was an adventure, for Friar Erick G. Marin Carballo it is his ministry. We traveled overnight for twenty hours on a ferryboat. It felt like I was sleeping with the early friars and St. Francis in Rivotorto, each with our sleeping space marked on the ceiling, only we were in hammocks. Arriving in Maués, we were welcomed into the local rectory. At dinner, I discovered that there are four priests and one deacon for the parish in Maués. Three of the priests and the deacon care for the local church and the 130 communities of “river folk” along the Amazon River. The other priest, Father Oziel Cristo, cares for the thirty-three indigenous communities further down the river. The next morning, Friar Erick and I boarded a small boat to navigate another six hours before reaching Father Oziel’s communities. 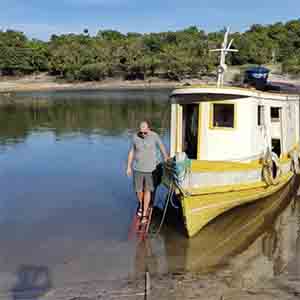 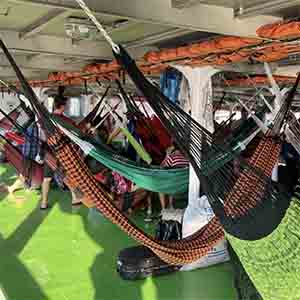 The Amazon Synod highlighted the importance of the Church “navigating” new paths of pastoral conversion. As a missionary Church, it is important for us to realize that “in the Amazon, water unites us, it does not separate us” (Final Document, 20). After sleeping outdoors overnight, on parish land at the mouth of the river that leads into the indigenous territory, we woke to the dampness of a heavy dew that had the effect of a baptism of immersion. The day would lead us missionary disciples to discover new paths of pastoral conversion through a ministry of listening, participation, and sharing.

Traveling in a smaller motorboat, we visited several indigenous communities in the immediate vicinity. In recent years, by networking with groups like REPAM [a Pan-Amazonian Ecclesial Network], some members of a foundation based in Spain visited these communities to install solar panels, thereby bringing them a stable source of electricity. Through the efforts of Friar Erick’s itinerant team and the local church, they have also assisted with local communities to begin small organic farms that produce an energy drink called guarana, derived from a fruit native to the Maués region. The locals consider the fruit sacred. It has several legends associated with it including the belief that the fruit, which looks like an eyeball, is the eye of indigenous people who had their land stolen and were killed.

After another motorboat ride even further down river, we settled into the larger community of São Sebastião. For the next few days, we were offered great hospitality in a mixed community of indigenous and river folk. We listened to the wisdom of senior members of the community, including a one hundred-plus year old woman who has never been sick a day in her life. She credits this to the daily enjoyment of the guarana energy drink! We also saw a chicken raising project begun by a local girl who is only sixteen years old, along with other members of the community. After an afternoon of soccer, we gathered again for a dialogue with those in the community who wanted to meet with us.

Two things emerged from this meeting. First, both Erick and I were thanked for sharing our Franciscan spirit, which we brought to the community by preaching at Mass on Sunday. We were told that the way we spoke of nature and the Amazon Forest, in relation to the people, was very different and enriched them all.

We also had a long conversation about the community’s need for a secondary school. In this conversation, I sensed the heart of what it means to be a missionary disciple who listens, participates, and shares. Together, we strategized several reasonable options as a stopgap for the near future. This included, among other ideas, the elders of the community sharing their wisdom with the youth. For me, the feeling during the meeting was hope, as the community had a caring “other” (us) to discuss possibilities and strategize solutions. 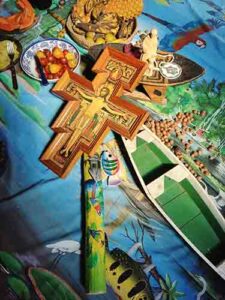 Erick was asked to return to the community in late December, to continue nurturing a Culture of Care with the people, as he navigates these new paths of pastoral conversion. For him, it is a movement from a Church centered on itself to a Church that listens to, and accompanies, the cry of people and the planet. It is a return to the Gospel and the principles of the Franciscan charism.

In the next edition of our Amazonian adventure, Friar Erick and I return to the city of Manaus to encounter, firsthand, the realities facing displaced indigenous people and especially the youth.