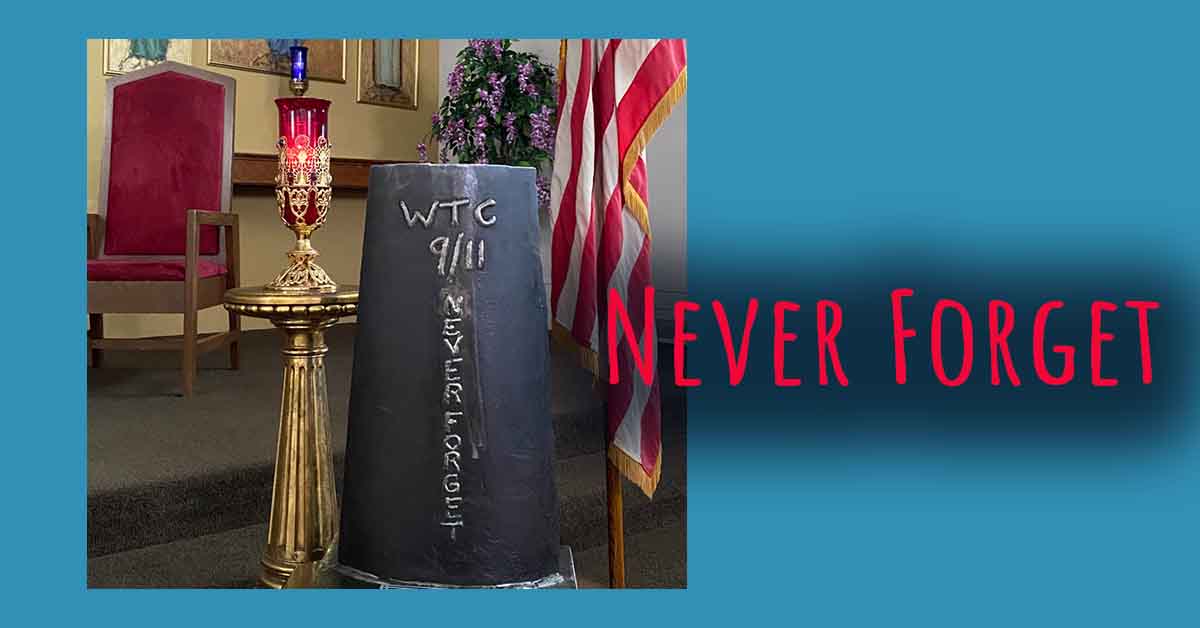 Remember those who died on September 11, but continue to work and pray for peace.

Last year, monuments created with steel from the Twin Towers destroyed on September 11, 2001, were donated to the City of Shamokin, Pennsylvania, by the Stephen Siller Tunnel to Towers Foundation.

During the unveiling of the monuments, stories of heroism were shared, including that of firefighter Stephen Siller.

Stephen was off-duty when he heard the news that a plane had hit the North Tower of the World Trade Center. He returned to his station, got his gear, and drove to the entrance of the Brooklyn Battery Tunnel, but found it closed for security purposes. He put on his 60 pounds of equipment and raced through the tunnel on foot to the the Twin Towers, where he gave up his life while saving others.

Friar Michael Lasky OFM Conv. remembered Fr. Mychal Judge, a Franciscan friar and chaplain of the New York City Fire Department, who was the first certified fatality of the attacks. Fr. Mychal was in the lobby of the North Tower offering aid and prayers for the rescuers, the injured, and the dead, when debris from the South Tower flew into the lobby killing many inside, including Fr. Mychal. He was designated as the first official victim because he was the first body to be recovered and identified. 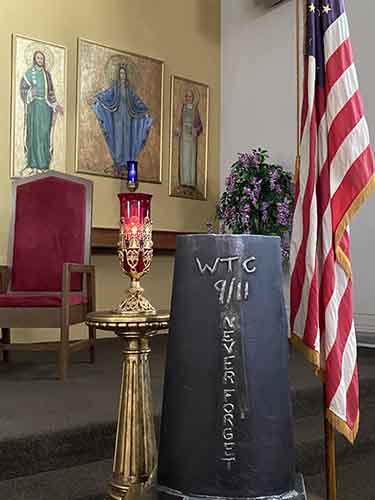 Friar Michael also spoke about the pages of a Bible that had fused to a piece of steel that fell from the burning towers. The words found at Ground Zero from these pages were from the Gospel of Matthew:

“You have heard that it was said, ‘An eye for an eye and a tooth for a tooth.’ But I say to you, offer no resistance to one who is evil. When someone strikes you on [your] right cheek, turn the other one to him as well.

Friar Michael noted that of all the chapters and verses in the Bible, these words from Jesus’ Sermon on the Mount, instructing us in the way of peace, were the ones found at Ground Zero after the attacks.