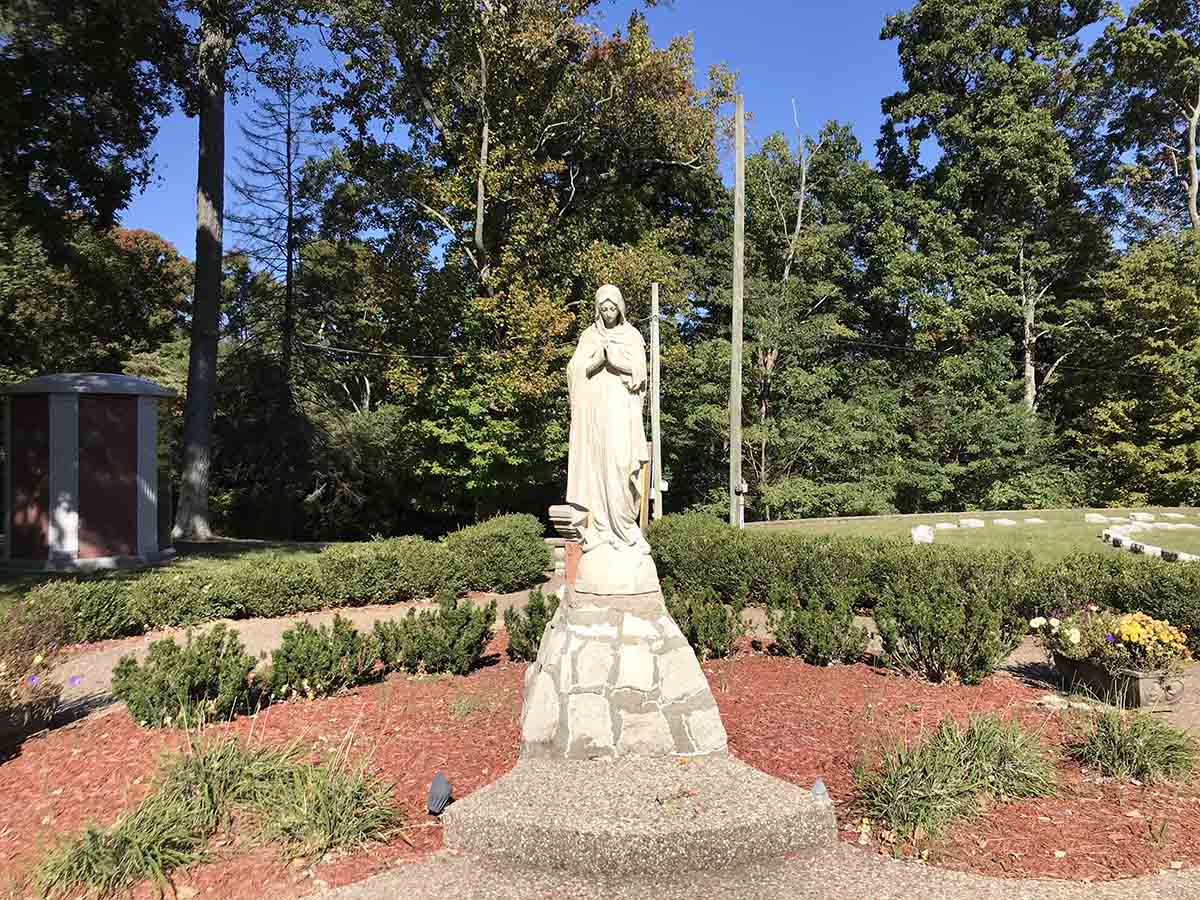 A statue of Mary stands near the cemetery at Mount St. Francis, Indiana

Part Two of friar Solanus Mary’s reflection ‘A Christian Should Not Fear Death.’ Read Part One

If we are aiming and striving for Heaven – and we ought to be – there is nothing for us to fear. Adelaide Proctor (d. 1864) was an English poetess. Her family were friends of Charles Dickens, and Dickens spoke and wrote highly of her. In her day her prowess as a poet was considered by many to be second only to Tennyson. She was also a convert to the Catholic Faith.

Proctor wrote a wonderful, little poem on death, a poem which has always been a favourite of mine. It is entitled The Angel of Death, and it goes like this;

“Why shouldst thou fear the beautiful angel, Death,
Who waits thee at the portal of the skies,
Ready to kiss away thy struggling breath,
Ready with gentle hand to close thine eyes?
Oh what were life, if life were all?
Thine eyes are blinded by their tears, or thou wouldst see,
Thy treasures wait thee in the far-off skies,
And Death, thy friend, will give them all to thee.”

I’ll leave you with a story told to me by a former missionary priest to Africa some years back. It concerned a poor man who had lost both his hands and feet to leprosy. In order to get around he had to balance himself on his arm stumps and then pull the rest of his body forwards. Despite his debility, the poor man was always smiling, always happy. When asked if he ever became down, he simply smiled and said: no, he looked forward to the day when he reached Heaven, and God would give him a new pair of hands and feet. Now that’s Hope.

…On Poverty of Spirit & Prayer