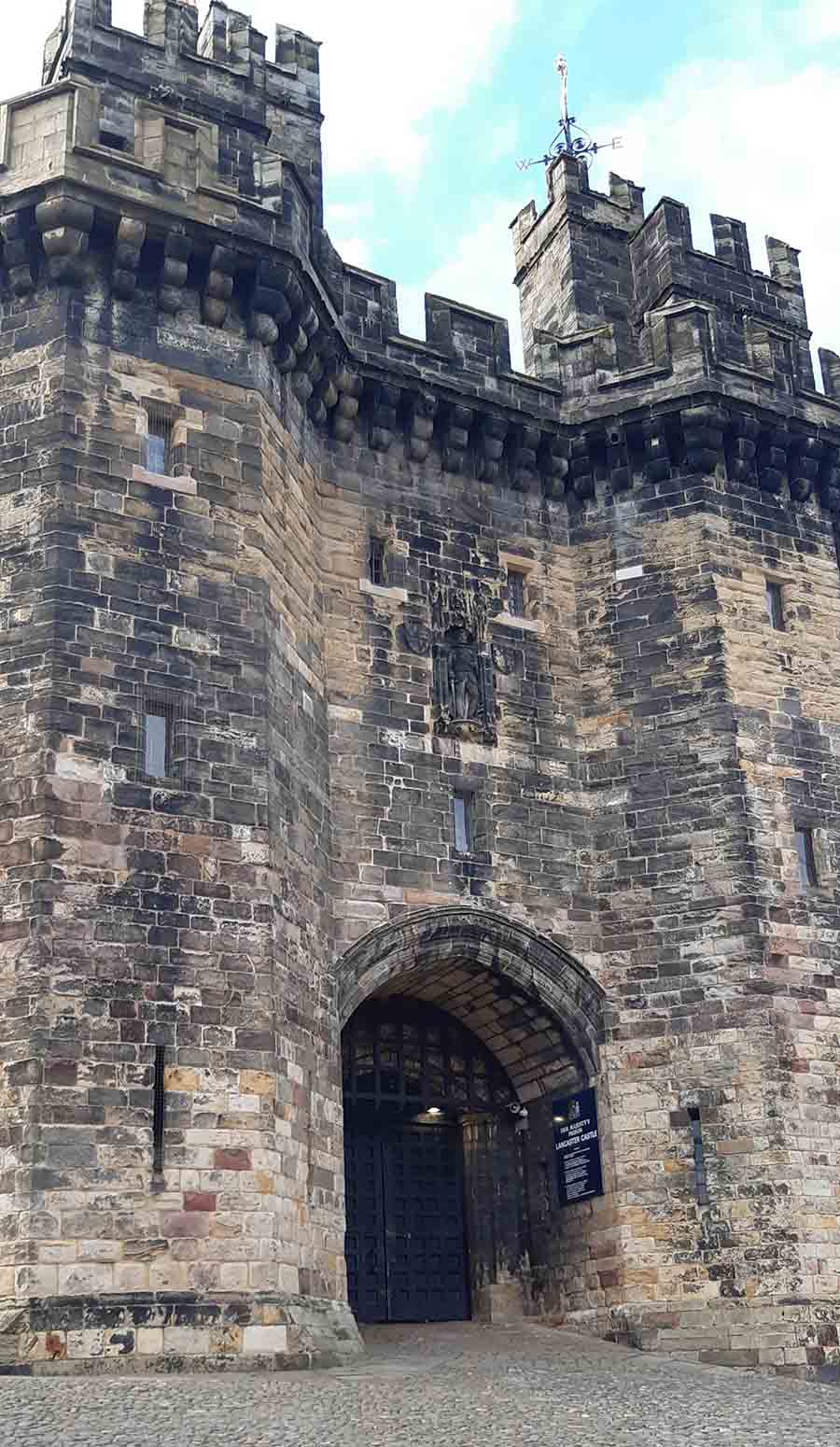 This is part two of the story of a Lancashire Franciscan Martyr, Blessed John Woodcock. Here is the link to part one: https://franciscanvoice.org/lancashire-franciscan-martyr-part-one/

John decided to re-apply for admission to the English Franciscans in Douai – even enlisting the help of his uncle, Fr. William Anderton. Happily, John’s application was accepted. He was vested with the Franciscan habit by Fr. Paul Heath – a future martyr – receiving the name-in-religion of Martin of St. Felix.

As a novice John edified all by his prayer and observance. After novitiate he made his profession, his vows being received by Fr. Francis Bell – another future martyr.

A couple of years after his profession, John was ordained to the priesthood. He was given various assignments throughout the jurisdiction. However, his health – never very good – deteriorated and he was sent back to the friary at Douai. Fr. John possessed a strong desire to go on the English mission. In 1643 the news reached Douai of the martyrdom (in England) of Fr. Paul Heath – the same friar who had received John into the Order. Shortly after hearing this news Fr. John wrote to his superiors expressing his desire to go on the English mission. Eventually, he was given permission to depart for England. Alas, his mission there was destined to be a short one.

Fr. John landed at Newcastle-upon-Tyne, in the north-east of England, and set out at once for his home county of Lancashire. It was 1644, and the country was in the grip of a Civil War. He reached his parents’ house at Woodcock Hall on the eve of the Assumption.

The following morning he went to Woodend, a neighbouring house belonging to the Burgess family, to celebrate Mass. Whilst he was vesting for Mass, the alarm was raised of approaching ‘pursuivants’ (the priest-hunters). Woodend had a priest’s hiding hole, and Fr. John fled into it. By the time the pursuivants broke into the house, Fr. John was nowhere to be seen; Mrs. Burgess fooled the mob into believing that she was sick, and that the people present in the room were only neighbours paying her a visit. The mob departed without their prey. Shortly afterwards, someone tipped them off about the hiding hole, and they returned to Woodend for a further search. By that stage, however, Fr. John had finished Mass and had returned to his family home at Woodcock Hall.

The following morning, after breakfast, Fr. John’s father ordered him out of the family home. Fr. John departed and fled towards the town of Preston. Some sources say that he was overtaken by pursuivants at Bamber Bridge and placed under arrest. Other sources say that the arrest took place nearer Preston, at Walton-le-Dale.

Fr. John was taken captive to Lancaster Castle prison. Owing to the disruptions caused by the Civil War, he was left to languish in that place for two years – under dreadful conditions. Despite this, Fr. John edified all by his charity and zeal. This was testified by his uncle, Fr. Anderton, who was fortunate enough to be able to visit him.

The Civil War ended in victory for the Cromwellian forces. A new reign of persecution was in store for Catholics. In August 1646, Fr. John was summoned before the court for trial. On being asked whether he was a priest, Fr. John admitted that he was; he also admitted that he was a Franciscan. The court quickly condemned him to death as a traitor – he was to be hanged, drawn and quartered. It is said that on hearing the sentence Fr. John raised his eyes to heaven, exclaiming:

Praise be to God! Thanks be to God.

We should always remember that martyrdom is a gift from God. A gift that is only granted to the humble.

Fr. John’s execution was scheduled for the next day, the 7th August, at Lancaster Castle. Two other priests were destined to die with him: Fr. Edward Bamber and Fr. Thomas Whittaker. At dawn, Fr. John was taken from the prison, placed on hurdles, and brought to the place of execution. He was subject to a torrent of insults from the crowds, insults which he bore with humility. Some Protestants, edified by Fr. John’s conduct, were heard to remark:

If ever there was a true martyr in the Roman Church, this is one.

Fr. John mounted the scaffold ladder, and the rope was placed around his neck. He addressed the crowd saying he was being put to death solely because he was a Catholic priest. The sheriff hastily signalled the executioner to overturn the ladder; the rope broke and Fr. John fell to the ground. On regaining consciousness, he rose and was ordered to mount the ladder once more; again, he was left to hang; whilst still alive he was cut down, and then the butchery was carried out. It is reported that at the very moment  the executioner seized his heart, Fr. John was heard to invoke the Holy Name of Jesus.

Working Together to Feed the Poor

The NOW of the Church