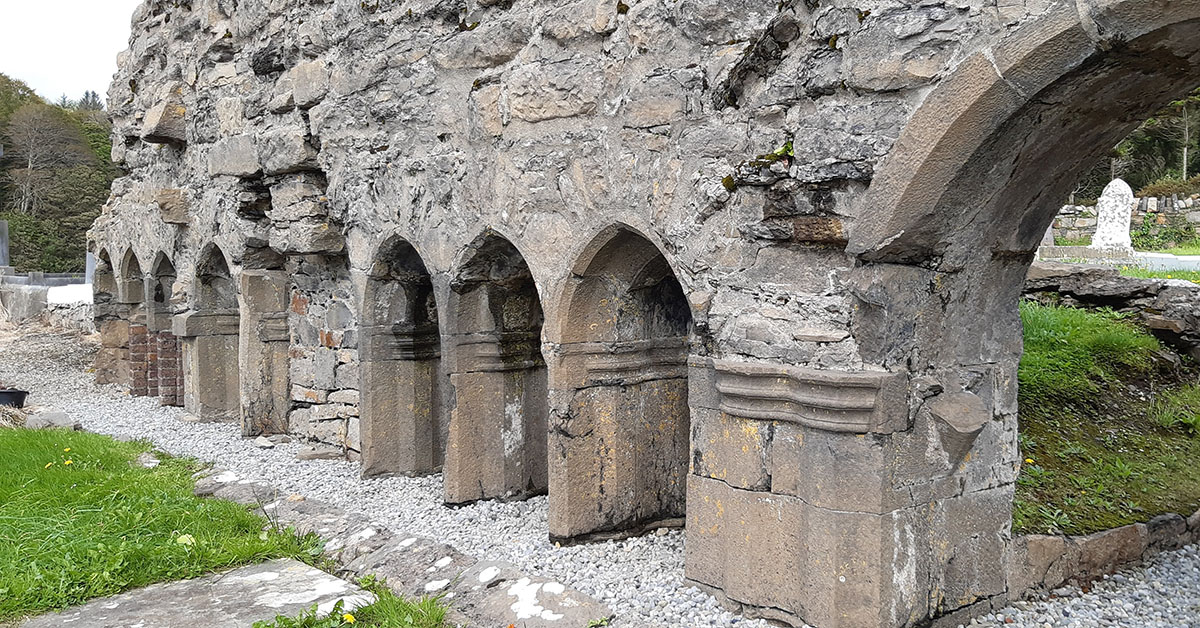 One of my pastimes is visiting old monastic ruins. Whilst I was on holiday last year in Co. Donegal, Ireland, I had the opportunity to drive across the county – to Donegal town in fact, and there to visit the mediaeval Franciscan ruins known locally as Donegal Abbey.

The friary is located just beside the town car park, and quite a bit of it is still standing. Today, the ruins encompass a modern graveyard. Nearby, is a statue of Red Hugh O’Donnell (died 1505), someone who plays a prominent role in the friary’s history.

Before we look at the layout of the friary let me fill you in with some background information.

The Observants began to grow within the Irish Franciscan Province too. Some houses came under the control of the Observant party, whilst others remained Conventual houses. From 1460, the Irish Province was governed by a Conventual Minister Provincial and an Observant Vicar Provincial, and this structure remained in place until the establishment of the two seperate Orders in 1517.

Both parties went on to make new foundations in Ireland in the latter half of the 15th century. In 1474, one such foundation was made by the Observants: the friary in Donegal town. 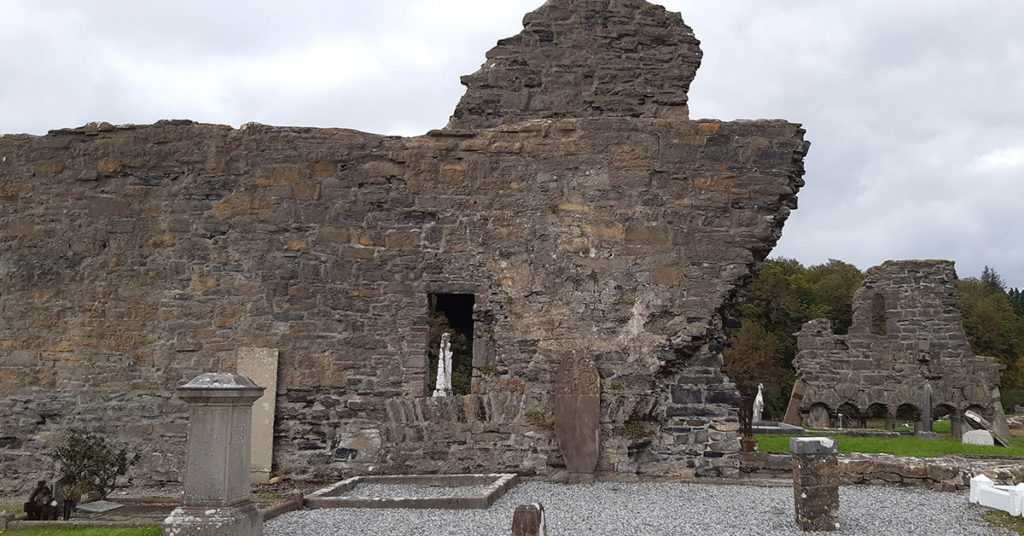 For a religious house the friary is well-situated, right along the coastline, just beyond the harbour. The structure is built on an elevated part of the shore, which made it ideal as a fortress when it was taken over by the English – more of that anon.

As the Office of Public Works notice informs us:

“The friary followed the usual Franciscan layout of church on the south side, with cloisters and conventual buildings to the north.”

In his book, A Pictorial Guide to the Irish Franciscan First Order Foundations, the late Fr. Frederic MacDonncha OFM gives us a detailed plan of the friary  layout. When we examine this layout, how the friary looked when the friars were living there, we see how the convent buildings were built around a square cloister garth. The cloister garth was a common feature in religious houses. The one in Donegal was probably made up of a garden, with a path around it. Here the friars could read and meditate as they walked around the garden. The ground floor buildings included a kitchen, and a refectory (where the friars would eat their meals in common). The top floor of the house consisted of a dormitory, the friars’ sleeping quarters.

The church was built onto the convent. It consisted of a bell tower, with a nave to the left and a choir to the right. Below the nave there was an aisle that led to a transept which in turn faced on to a chapel.

(Below is a brief video clip Br. Solanus Mary recorded while walking through the ruins.)

History Of The Friary

“Despite its fame, Donegal friary was a rather late foundation, by Nuala O’Connor and her son, the first Red Hugh O’Donnell, for the Observant friars in 1473-74. It was damaged by an accidental fire in 1536. Under Irish protection, it escaped suppression until raided by the English in 1588, who then occupied it as a fort. They were expelled by the Red Hugh O’Donnell [in 1592], whose brother-in-law, Niall Garbh O’Donnell, later seized it for the English again [in 1601].

On the morning of the 20th September 1601, the building was almost destroyed when the gun-powder stored in it exploded. Efforts to rebuild it for the friars ended after the ‘Flight of the Earls’ [and the building was subsequently confiscated in 1607].

The friars went to live by the banks of the River Drowes, the scene of much of the work on the ‘Annals of the Four Masters’ [led by the famous Brother Michael O’Cleary. Besides ‘ag Drobhais’ – in English ‘by the Drowes River’, the other places of refuge for the friars were ‘Bearnas Mor’ and ‘Loch Iascach’. By 1766 the community of friars had dispersed].  Individual friars worked in Donegal down to the middle of the [19th] century, and the late Cardinal Logue, who was born in 1840, claimed that he had been baptised by a wandering friar in South Donegal.”

The Office of Public Works notice informs us that later

“The friary was granted to Sir Basil Brooke who used the church for Protestant worship.” 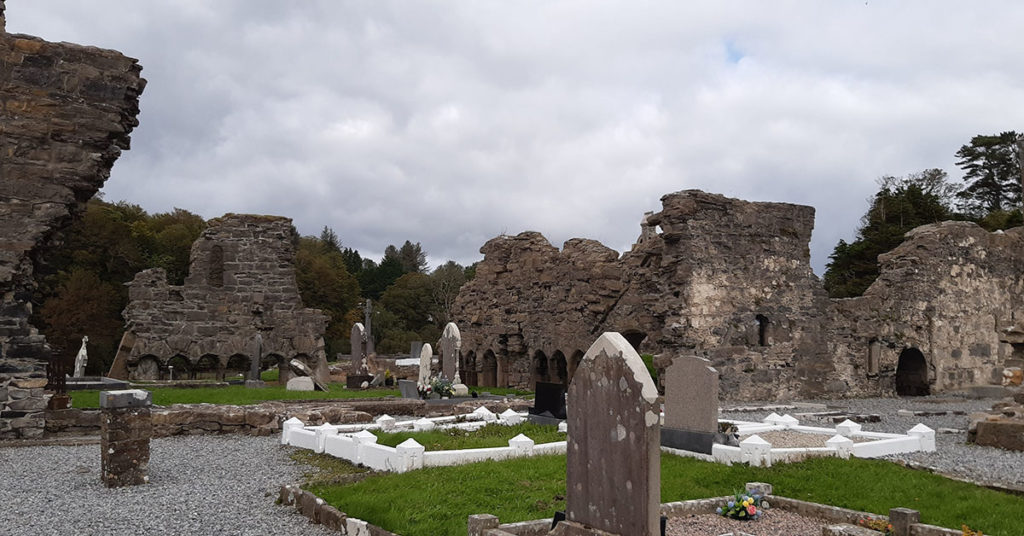 A Place to Visit

If you intend to visit this part of Ireland, Donegal Abbey is a place to put on your itinerary. At the time of writing, there is still no entrance fee!