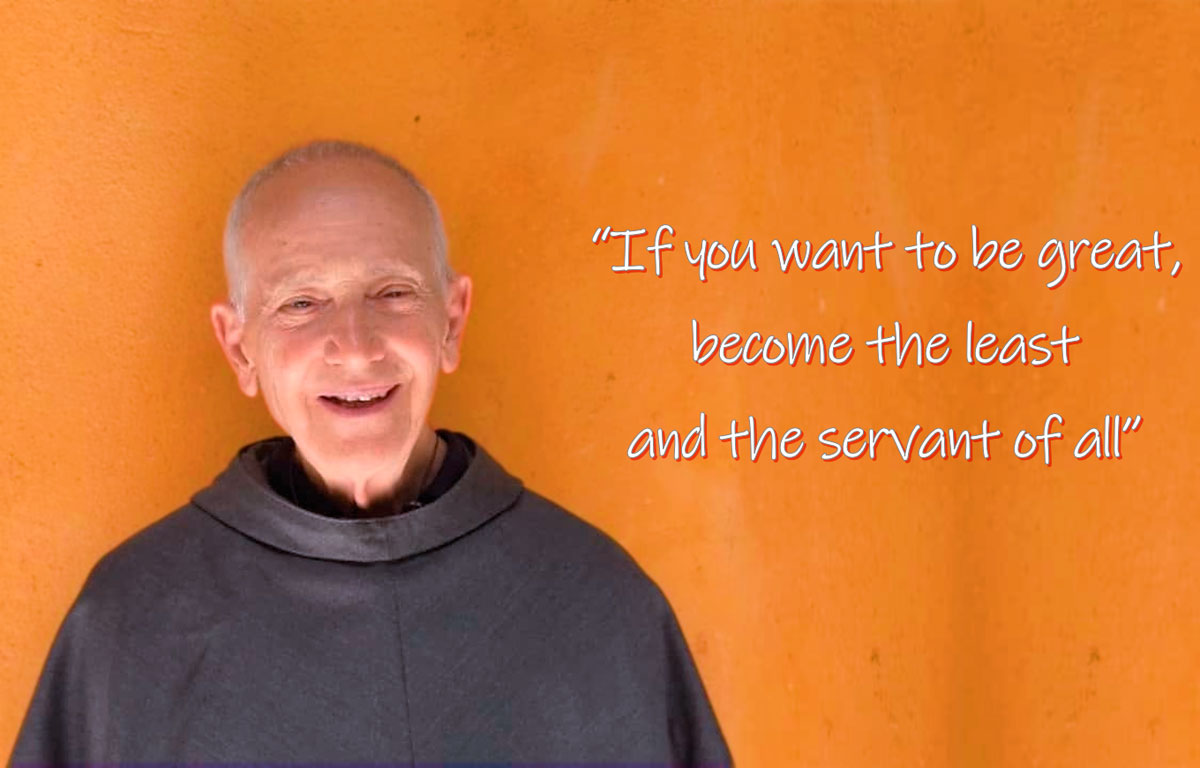 The following is from a Letter of the Minister General, Friar Carlos A. Trovarelli, written on October 24, 2021, on the occasion of World Mission Day 2021.

I would like to introduce you to Friar Fernando, a missionary in Cuba, who “set out, leaving home and family behind” and brought the Gospel to the other side of the world.

When Friar Fernando Maggiore was nearly 70 years old, he left Italy with two other friars to begin a new presence of the Order of Friars Minor Conventual in Cuba. He served as a missionary there for 20 years, and having reached the marvelous threshold of 90 years of age, Friar Fernando returned to Italy.

The example set by this humble, cheerful, poor and simple friar motivates me to pay homage to him and to make his human, spiritual and Franciscan legacy known to our Conventual family. The Lord reminds us through the person of Friar Fernando, through his consecration and his mission, that evangelical life is not just an idea, but a possible reality as well.

… On November 6, 2001, Friar Fernando left Rome with Friars Silvano Castelli and Roberto Carboni, and stayed in Spain for a month to learn Spanish. On December 4, 2001, he arrived in Cuba and lived in the community in Matanzas, our first friary in Cuba, until mid-2015. After that, he lived in our community in Havana until September 2, 2021, when he returned to Italy.

In the Havana community, he served as a formator (2016-2017). He also served as a confessor to the Siervas de María Sisters. He was a spiritual advisor, an associate pastor in the parishes of Matanzas and Havana, and a Vice Rector at the Rectory Church of San Francisco in Havana. Friar Fernando was well known and appreciated among the people for hearing confessions. He also performed various services at the friary, such as shopping, usually on foot, patiently waiting in line along with everybody else. He performed other pastoral services, such as visiting the sick, counseling, offering hospitality and advising those who needed advice. He was a very balanced person, deeply prayerful, and had a gift for discernment.

In a letter Friar Fernando wrote to the Cuban people, he recalled a beautiful anecdote: on the day of his ordination, his mother was looking around at all the people present at the celebration and said to her newly ordained son: “Treat these creatures with affection.” I can assure you, having been to the island several times, that this maternal advice became a true style of mission for Friar Fernando. His style of mission was one of generous service, being a witness of God’s goodness, serenely accepting the local setting and customs, having respect for the culture and the people, for each person and every creature.

These attitudes did not suddenly spring into being; they were the result of Friar Fernando’s radical choice for the Gospel of the Lord Jesus.

My homage wants to transition into a prayer of thanksgiving and a proclamation to the Order about the “mission possible.” It is possible, at any time, for us to offer ourselves with total dedication, to offer our time, our love, and our strength, in proclaiming the Gospel ad gentes, or in any way, and thus, become “great” in the eyes of God.