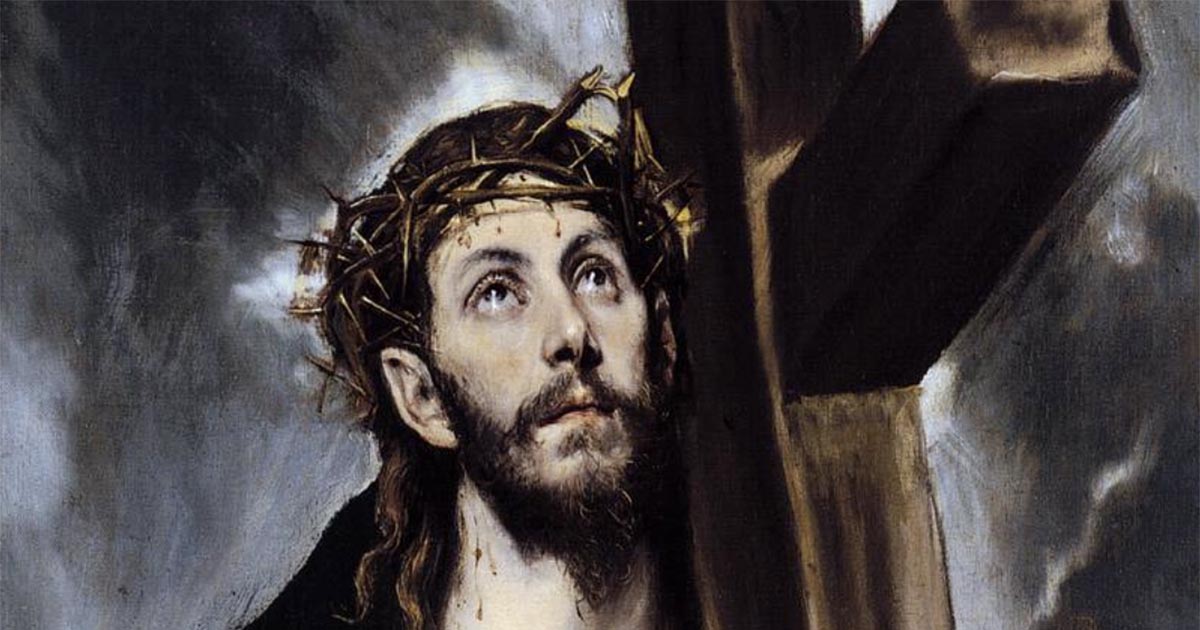 Our Seraphic Father, St. Francis, meditated a great deal on Our Lord’s Passion, as we read in the Franciscan Sources. In a previous post we read about the Holy Wounds of Our Lord imprinted on Francis’ body – the stigmata. As we now enter into the holy season of Lent, let us meditate upon the words written by the great Franciscan Doctor of the Church: St. Bonaventure.

Bonaventure wrote several meditations on Our Lord’s Passion. The one we will use in this piece is an extract from his work entitled Vitis Mystica or, in English, The Mystical Vine. In this meditation, Bonaventure uses the vine as a metaphor when speaking of Jesus’ Passion: in likening Christ’s Body with the vine; in using the leaves of the vine when describing the Seven Last Words spoken by Jesus from the Cross.

“Isaias [Is. 9:6], speaking of the birth of Our Most Sweet Lord, says: ‘A Child is born to us, and a Son is given to us, and the government is upon His shoulder.’ Thus he immediately connects the Cross, indicated by the word ‘government’, with the Nativity, for the crucifixion of Jesus actually began at His Birth. It is a momentous indication of His crimson Passion that Our Lord should have been born in a strange place, in mid-winter, in the depth of the night, outside the inn, of a Mother humble and poor. And although at this time there was no shedding of His Blood, it did come about after only seven days had passed.”

‘Falling into an agony He prayed the more earnestly. And His sweat became as drops of Blood running down upon the ground.’

“Even supposing that no more Blood was to be shed, would not this one instance have sufficed to redden our rose? Beyond doubt. Tremble with fear and break, my wretched heart; be flooded with tears of blood. See: a sweat of Blood covers my Creator; and it does not merely trickle drop by drop, but pours down to the ground.”

‘I have given My Body to the strikers, and My cheeks to them that plucked them.’

“I see the sacrilegious hands of this most impious mob, who are not content with striking, slapping, and covering with spittle the adorable face of Jesus all-good, but now, in their burning rage, also pluck His cheeks and draw from that most sweet Face the Blood which reddens our rose.” 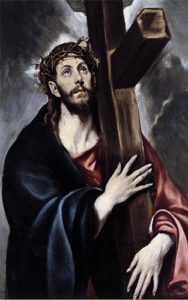 “…from [Christ’s] Head so derisively and spitefully crowned, rivers of Blood flowed down upon the Face and the Neck of Jesus most sweet. If these men had not intended to inflict upon the One they crowned torture as well as mockery, they would have used shoots or twigs of some other tree to plait the Crown. But as an evidence of their cruelty, they crowned with piercing thorns the Lamb most mild…”

“Oh, what a sea of the Sacred Blood must have soaked the ground from the Body of Christ torn by these whips! Oh, how ferocious the rage, how raging the ferocity, with which they scourged the sweet Jesus, Who had come precisely to save us from the eternal scourge!”

“Who can doubt that a profuse flow of the Sacred Blood gushed forth from the Hands and Feet of the innocent Jesus as they were wounded, pierced through and through? Let the torrents of this Blood crimson our rose, for here is love the most ardent, and passion the reddist in its glow.”

‘The soldiers…came and broke the legs of the first [thief], and of the other, who had been crucified with [Jesus]. But when they came to Jesus, and saw that He was already dead, they did not break His legs; but one of the soldiers opened His Side with a lance, and immediately there came out Blood and Water.’

“Examine the Wound of His Side, for the rose is still there, although of a paler red because of the admixture of water; for ‘there came out Blood and Water.’ Indeed, ‘this is He Who came in water and in blood’, Christ Jesus the all-good.”

“…Blood and Water. In this are signified the mysteries of Baptism.”

May these words of Bonaventure help us all as we journey through this season of Lent.