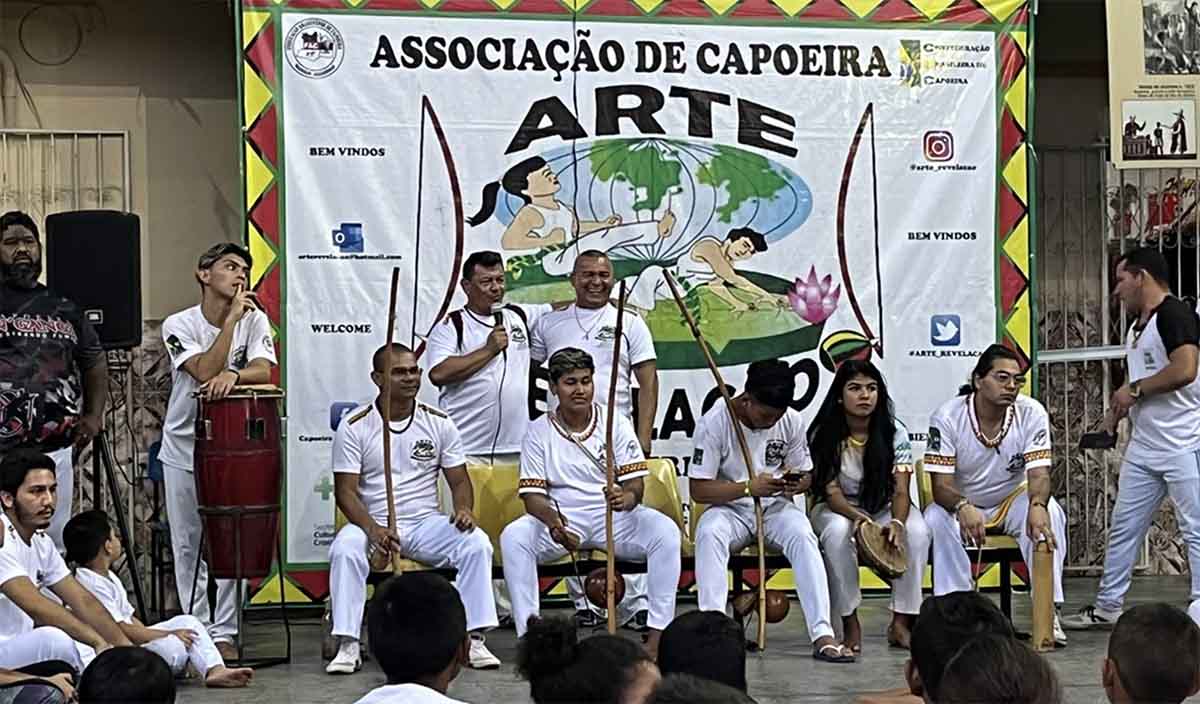 Friar Erick G. Marin Carballo OFM Conv. lives with other religious and laity who are part of his itinerant team. Their shared life is an example of holy simplicity. It reminded me of the time a friar said to me, “privacy is the luxury of the rich.” 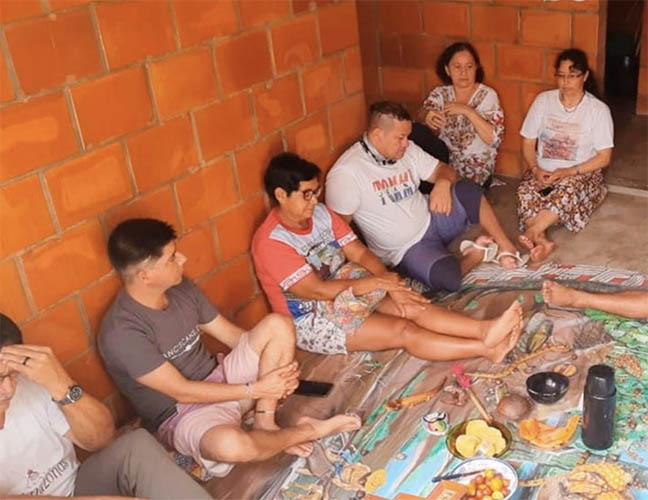 The team’s shared prayer and conversation at meals have a sense of the inner joy of the Gospel. This palpable joy necessary for them to hold tension with the weight of the difficulties they encounter in their ministry.

One of the more difficult things Friar Erick and I encountered, and later discussed, was the death of an indigenous woman. On our return from the interior, by tugboat, we pulled up to a beach in Maués. Next to us was a boat from a far distant indigenous community. The indigenous group was carrying the body of a woman off the boat. She had died during their journey and was being laid upon the beach. It seemed that she was alone, as all the passengers disembarked, leaving only the local authorities to keep vigil, at a distance, over the body. Although Friar Erick and I never learned the woman’s name, we shall always remember her face.

The Synod on the Amazon speaks of the “different faces of the Amazonian realities” and in a particular way, it emphasizes the Church’s responsibility to guide “young people with indigenous faces and identities, afro-descendants,” and many others (30). In my last days with Friar Erick and his itinerant team, I witnessed how they created a culture of care for youth in the city. We marched with the young people through the streets of their neighborhood—an impoverished place that many consider dangerous—to commemorate Brazil’s Black Awareness Day, an event which also highlights indigenous peoples. 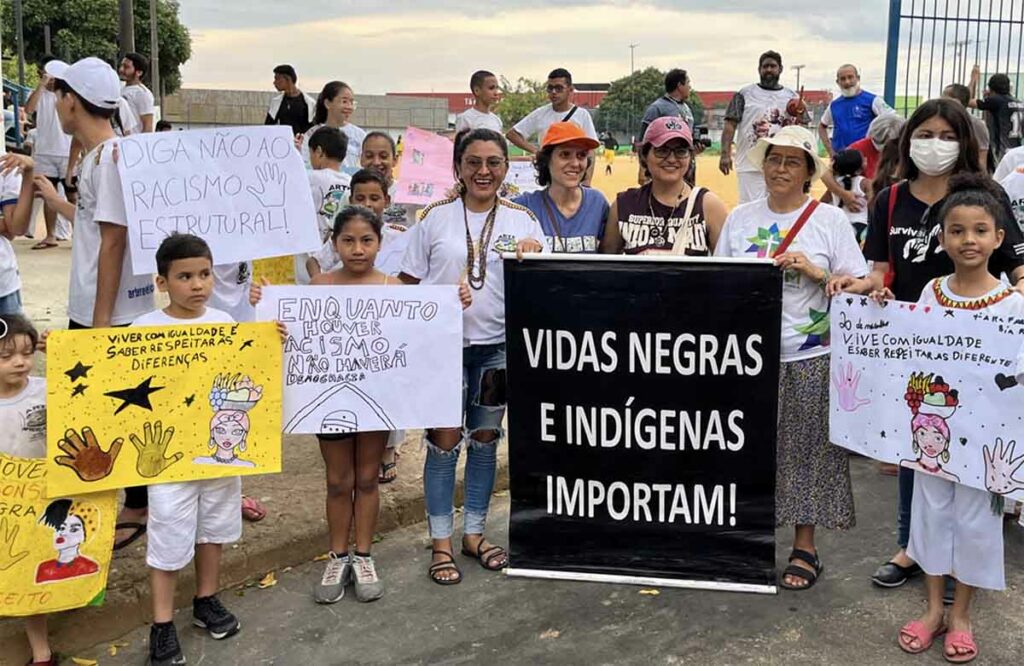 During the march, Friar Erick shared with me his impressions of the city-dwelling, indigenous youth and their families:

“The children are in the poor peripheries of the city. So, part of the ministry of our itinerant team focuses on this demographic. All the children are taught Capoeira, which is a cultural expression that combines dance, acrobatics, and non-contact fighting. Its origins go back to the African slaves who were brought to Brazil and recalls their processes of resistance. Several itinerant team teach Capoeira at neighborhood schools and assistance centers around the city. Thus, they benefit some 150 children and young people living in situations of social vulnerability, in the contexts of drugs, violence, and family difficulties. Some of these young people are indigenous migrants from Venezuela who did not speak the language when they arrived in Brazil. Thanks to this program, they and their families enjoy greater social integration. They are learning the language while maintaining and valuing their own cultural heritage. This allows them to ‘navigate’ their new reality with more and better tools. 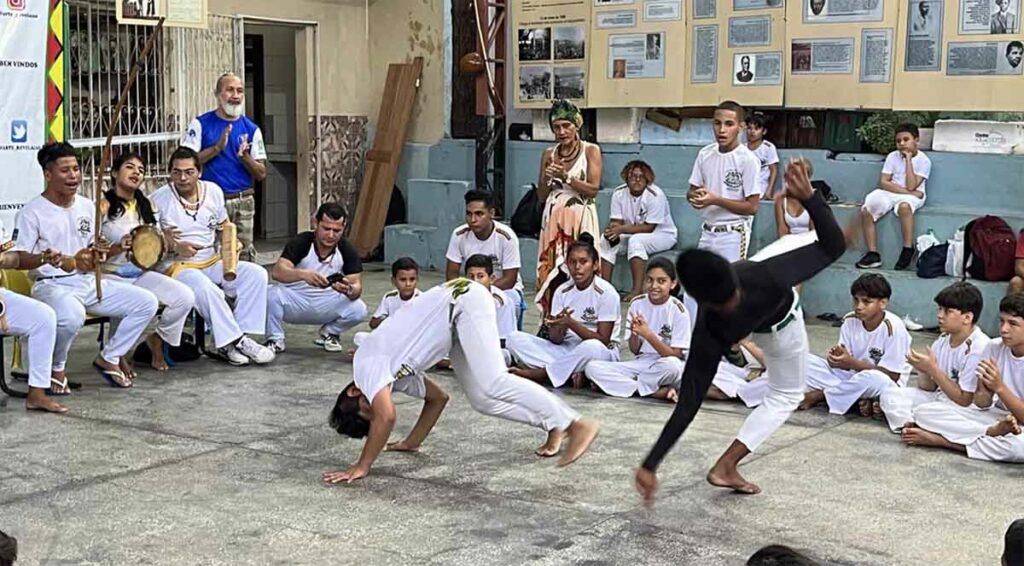 I have discovered that, thanks to Capoeira, they are not only learning coordination and physical activity, they are also learning how to respect and care for each other. When, by the intensity of the game or by accident, they hit one another, they immediately carry out a ritual that is a sign of care for the other. Only after this ritual is performed can the game begin again, under new conditions. Our world needs to learn from this ritual! Much of the motivation for our service has come from listening to the stories of the struggles and efforts of these young people.”

Before departing, I had the opportunity to talk to Friar Erick and his team members about the JPIC work being done in the Order. We were both thrilled that another of our friars, Friar Rômulo Albuquerque, was able to join us. He even brought two lay members from our Conventual Franciscan Parish of Nossa Senhora das Mercês.

The friars have been most kind this past year, in their offering Fra Erick fraternal care and support. 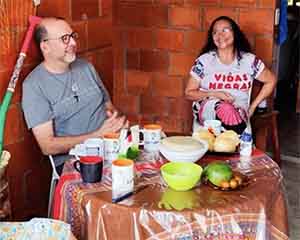 For more of Friar Erick’s story:

An Itinerant Mission in the Amazon

A Culture of Care in the Amazon: Part One

A Culture of Care in the Amazon: Part Two

The Beauty of God’s Creation: Our Lady of Guadalupe – Part Two