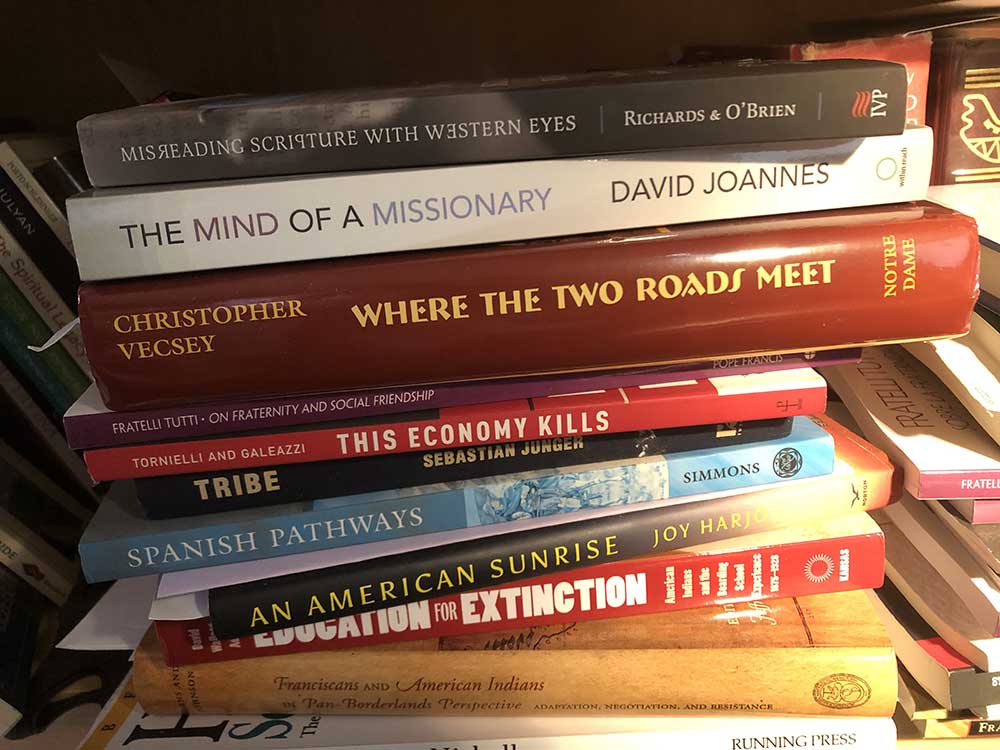 In 2019, getting ready for the Chrism Liturgy at Santa Fe Cathedral, Santa Fe, New Mexico, I overheard two sacristans talk about an encounter one of them had earlier that day. There was a tourist talking with a child in the Santa Fe Plaza. The tourist asked the child, “What’s your name!” The child proudly responded, “Santiago!” The tourist vehemently corrected the boy, “No! Your name is James! You are in the United States! We speak English here! Not Spanish! Your name is James!” 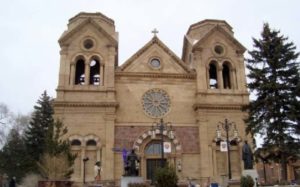 I wonder where the tourist thought she was? To be clear, this was at Santa Fe Cathedral in Santa Fe City in Santa Fe County and in New Mexico. Does any of that sound of English origin?  This place even has older name claims than that. The Pueblo People, who called this area home before the Europeans began arriving, call it Oghá P’o’oge in Tewa and Hulp’o’ona in Northern Tiwa. The Navajo (Diné) call this place Yootó. How out of touch and insensitive we can be with each other – totally unaware that maybe someone’s history and heritage is different than mine – and that it is good.

I participated in an eleven-week course called Race Literacy 101. In the first session there was a question, “What is your first memory of a racist act?” Would Santiago’s memory (of the day described) suffice for an answer to the question?

I responded in the study group with a childhood story. I was probably about five or six years old. A friend of my dad was spending some time with him excavating with shovels and wheelbarrows to lay sidewalks at our house. They were working hard, sweating, telling stories, drinking Drewy’s beer and getting the work done.

When it was time to eat supper, we all gathered around the dinner table – all, that is, but Al, my dad’s Black friend. He sat on the back porch with his supper. The child I was asked why Al was not at the table with us. “Don’t worry about Al. He’s fine. Eat.” “But dad, we can make room for him.” “I told you he’s fine. Eat.” But the child persisted, “Let me go sit with him, then.” “He’s fine where he is! You belong at the table.” 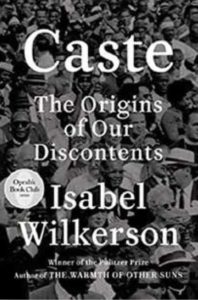 Story telling is important! Honoring people’s experience is important! Sitting and reading is a first step to enter the tunnel of opening to personal awareness.

A powerful author, Isabel Wilkerson has a current book titled, Caste!  I encountered her on NPR, while I was driving from Phoenix to Albuquerque. The interview addressed her book The Great  Migration. In her more recent book, Caste, Wilkerson calls us beyond the idea of racial distinction and calls us to see caste, and the tendency of holding others at bay, in suspicion and derision, as a greater issue.

Regardless if it is South African apartheid; NAZI racial superiority; the Hindu, now illegal but still influential, caste system; Louisville’s Bloody Monday destruction of Catholic German businesses, homes and lives, or the Tuscaloosa Race Riot burning the homes and businesses of Blacks; if it is the Catholic-Protestant animosity in Northern Ireland, it is all related to the same thing, people belittling and denigrating each other for made up and hurtful stereotyping. There are always examples. The cultural ID can change, but the insults remain the same: lazy, untrustworthy, bearing illness, drunks, disrespectful. But what is this person’s story? 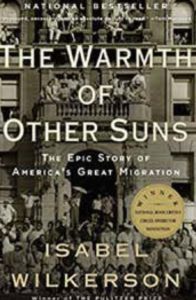 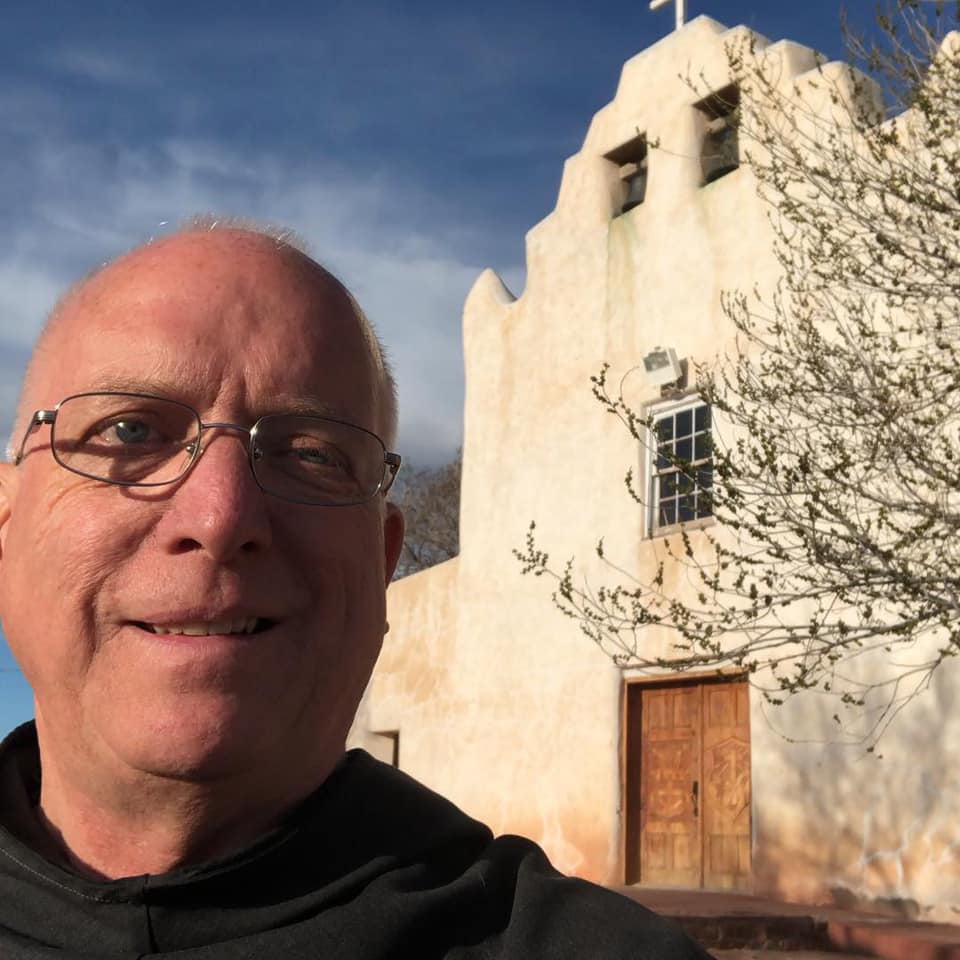 Talking to Strangers, What We Should Know About the People We Don’t Know, Malcolm Gladwell (2019)

The Education of an Idealist, Samantha Power (2020)

A People’s History of the United States, Howard Zinn

The New Jim Crow: Mass Incarceration in the Age of Colorblindness, Michelle Alexander (2017) 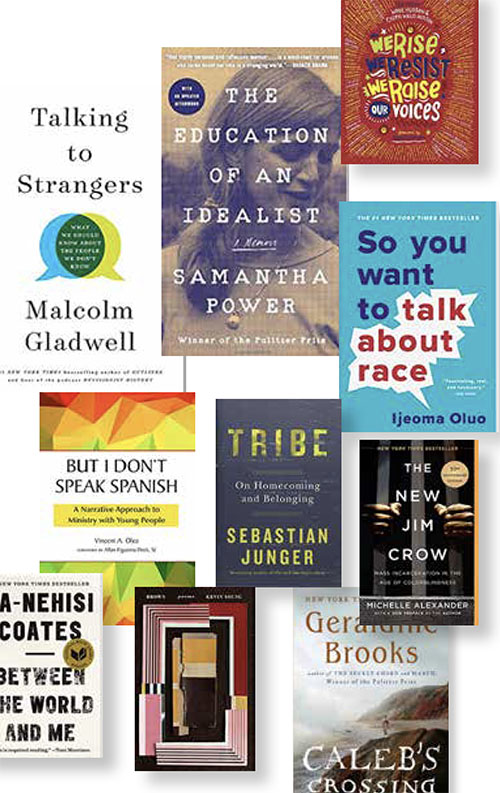 Listen to the Voice of Creation

In Conversation With Friar John Burkhard