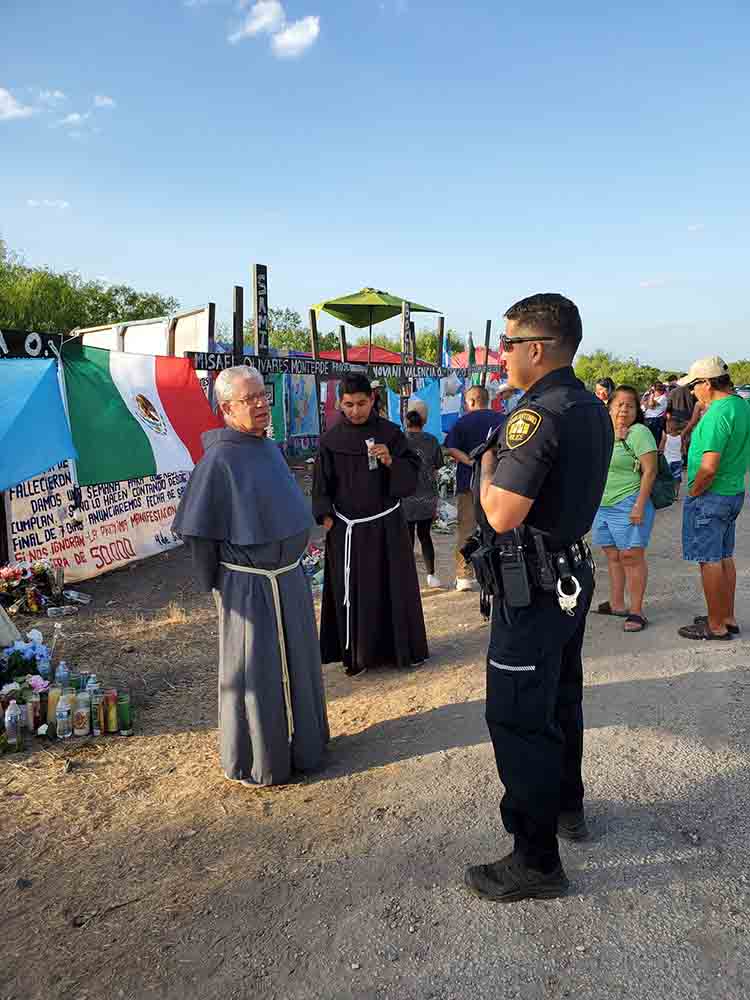 The deaths of 53 immigrants in the back of a truck in San Antonio, Texas, shocked and horrified people across the US and around the world.

Reacting to the tragedy, members of the community created a makeshift memorial at the site. For nine consecutive evenings, people gathered to mourn, sing hymns, and pray. Friar Phil Ley, the Director of Posada Guadalupe (a shelter for young immigrants in San Antonio), visited the site to be with the people and while there was asked to lead prayers.

“There are nine days of mourning, a Novena for the people who died,” Friar Phil said. “Except for one person I met, the people who gathered there were not related to any of the dead. It’s like a holy ground, there’s something that draws you. People are going there to offer their prayers and pay their respects. They want to honor the dead.”

On one of the evenings, Friar Phil spoke with one of the police officers monitoring the area. It turns out that the officer was one of the first to arrive on the scene when the deaths were discovered.

“He is an immigrant himself, so obviously he was very upset by what had happened,” Friar Phil said. “One of the social workers who was there with us that evening reminded him of the importance of self-care after an experience like that. He told us he’s taking care of that. I told him that our door is always open to him if he wants to stop by.”

Posada Guadalupe provides homeless immigrants with food and shelter, and assists their transition to productive lives through hospitality, advocacy, and education. The young men are referred from local hospitals, immigration attorneys, detention centers, and children’s shelters. Most have aged out of detention centers, having arrived in the United States as unaccompanied minors.

For more information, you can visit their website: posadaguadalupe.org