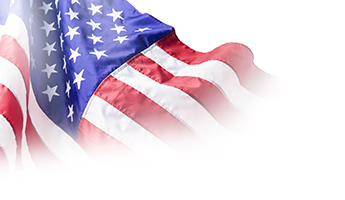 For the United States and its citizens, Independence Day is a very significant holiday. Families come together to have dinner, spend time together, watch firework shows, and enjoy each other’s company. Many people also reflect on the freedoms that are a given in our society, the freedoms that give the United States its essence: liberty, freedom, and the pursuit of happiness. These moments of reflection are important, and allow us to understand the ideas and principles that we should always seek to implement in our lives. However, there is a possible negative understanding of freedom and liberty that can stem from these ideas: the freedom to do anything I please.

This false understanding of freedom is not the product of malice, evil, or greed. However, it has developed from a corrupted view of liberty. You experience this understanding of freedom when you hear someone say, “It is ok, as long as I don’t hurt anyone.” This saying proposes some very important questions: What is the essence of freedom? Is there a correct and true understanding of freedom to which I must conform, or is freedom what I make of it? Is there a limit to freedom, or is it boundless? Is freedom directed toward a telos, a goal? Even if some people will not reflect on these significant questions this Independence Day, this does not mean they are irrelevant to our lives as Catholics.

One of the greatest challenges as disciples of Jesus is imitating his total self-surrender to the Will of the Father. We know that Jesus’ mission came to completion when he conformed his human will to his divine will, the same will of the Father. We see this most clearly in the Garden of Gethsemane with Jesus’ agony. Even though Jesus experienced deep agony in the garden, his words expressed in his prayer, “My Father, if it is not possible that this cup pass without my drinking it, your will be done!” (Matthew 26:46), gives us an icon to imitate.

Also, this raises questions about freedom and God. Is God’s Will and our vocation to conform to it inherently anti-freedom? How can we express our freedom if we must conform our lives and all of its elements to an outside force? Isn’t this exactly what the Founding Fathers of the United States fought against: the influence of an outside force on the lives of those within the first colonies? How do we make sense of any of this?

As Catholics and followers of Christ, we must understand that true freedom is not a principle that allows us to do whatever we please. It is not a “free license” to seek to fulfill my personal desires without bounds or limits. In fact, true freedom is lived most virtuously when there is a purpose to actions and decisions. This understanding of freedom is expressed as a freedom for something, rather than a freedom from something.

If our understanding rests on the foundation that freedom is most profoundly expressed when we are liberated from some outside force or influence, then our discipleship will not make any sense at all. Jesus’ commands and teachings will be viewed, maybe not in the beginning but eventually, as a constraint on our freedom and the pursuit of happiness. When this happens, my spiritual life will be something I am fighting against, instead of wisdom I am seeking to understand and fulfill in my life.

To understand true freedom, let us take the example of St. Francis of Assisi. This young and enthusiastic man sought to fulfill every carnal desire in his early life. However, after his conversion experience in the prison cells of Perugia, these pursuits no longer had the same effect in this life. These experiences allowed Francis to correctly reflect on his life and its purpose. Through these reflections and changes, Francis’ freedom became more pronounced. One experience, in my opinion, best illustrates this slow and steady change: the embrace of the leaper. 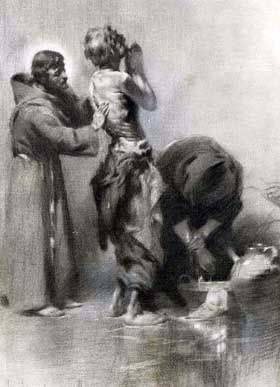 In his early life, one of the most disgusting and horrifying things Francis experienced were the lepers in the region of Assisi. Saint Francis himself writes in his Testament, “When I was in sin, the sight of lepers nauseated me beyond measure…” Saint Francis would become physically sick whenever he encountered one of these lepers, especially when they would ask for alms.

In his sinful life, Saint Francis could not love or have mercy on these very sick individuals. It was as if his sinful lifestyle, his selfish pursuit of his own happiness, his unbounded exercise of freedom, made Saint Francis shackled. Just like the demoniac in Mark’s Gospel, the sinful life shackled St. Francis in bondage, and this bondage did not allow him freedom to love and have mercy toward the lepers. Yet, as Saint Francis himself states,

“…but then God himself led me into their company, and I had pity on them. When I became acquainted with them, what had previously nauseated me became the source of spiritual and physical consolation for me.”

Through his conversion and conforming to God’s Will, Saint Francis became free to embrace and kiss the leper, and this freedom became the source of much joy and fulfillment.

This conversion and the freedom that comes from doing God’s Will is forever immortalized in the Lower Basilica of Saint Francis in Assisi. Above the altar in the lower church, there are four fresco allegories, and one of them is the allegory of obedience. For Americans, obedience is not a word we like to hear. Yet, for Saint Francis, obedience became a way to true happiness and, paradoxically, freedom.

In this fresco, we see Saint Francis reaching up to put the yoke of Christ onto his shoulders. Saint Francis is not being forced to take this yoke upon himself. No! In fact, he is freely and willingly choosing to “reach” for the freedom of Jesus. Once again, this image seems paradoxical in that the yoke of Christ would bring true freedom, yet this is the vocation for Jesus’ disciples. As Jesus himself said in Matthew’s Gospel, “Come to me, all you who labor and are burdened, and I will give you rest. Take my yoke upon you and learn from me, for I am meek and humble of heart; and you will find rest for yourselves. For my yoke is easy, and my burden light.” This is the true freedom that we must seek, seeking to conform our lives to the yoke of Christ!

As we celebrate this Independence Day and the freedom that stems from it, let us reflect on the reality of freedom. If we do not allow our lives to be the product of real freedom, our lives as Americans and our lives as Catholics will become compartmentalized. This is not what God seeks from us. Our lives should be unified as the Church is called to unity. If we regard freedom to be one way in our lives as Americans, and another in our vocation to conform our lives to Christ in our spiritual lives, we will never be unified or be truly happy. We will be torn apart internally, as our society and nation are being torn apart externally.

Taking Saint Francis as an example, let us freely and lovingly “reach up” to take the yoke of Christ upon ourselves. When we act in absolute freedom for God, we will truly be happy and fulfilled as his children and partakers of the Divine Life. We will say with Saint Francis, the freedom to conform to God’s Will has “became the source of spiritual and physical consolation for me.”

Many languages, one evening in honor of Our Lady