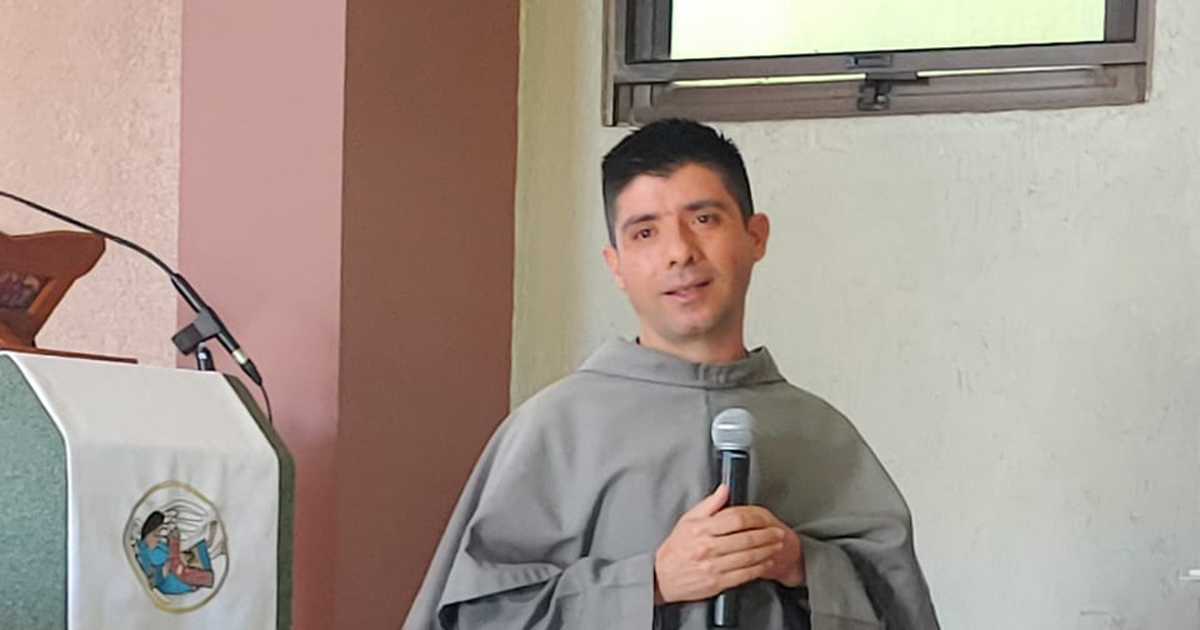 Friar Erick Marin of the Central American Custody Mary, Mother of the Poor, departs in early February on mission to the people of Amazonia.

He was born in Costa Rica and joined the former Honduran Custody, professing solemn vows in 2004. He has served for many years as a formation director, most recently in El Salvador. Now his life is about to change. After two years of prayer and discernment with the friars, he decided to act on a desire he has had for many years: to serve for some time in Amazonia.

Friar Erick explains that he is attracted by example of a Church that finds new, prophetic ways to be Church: ways that are focused on the accompaniment of the poor and indigenous peoples; ways that embrace universal participation and strong support of lay people and lay leadership; ways that are committed to care of Mother Earth.

Pope Francis, in holding up Amazonia as a model for the Universal Church, inspired and motivated Erick toward a new way to live the Gospel. He hopes to bring back his experience of the Church in Amazonia to the Church in Central America or wherever he may later serve the Order.

In this work, Erick joins an itinerant team of other religious, priests, and laity, sponsored by the CLAR (Conferencia Latinomericana de Religiosos y Religiosas). He must first go back into a period of formation at Instituto de Teologia Pastoral en Manaus, Amazonia, followed by a period of itinerancy, prior to selection of a specific area for longer term pastoral service.

We look forward to hearing from Erick as his work unfolds over the next years.

Friar in the News