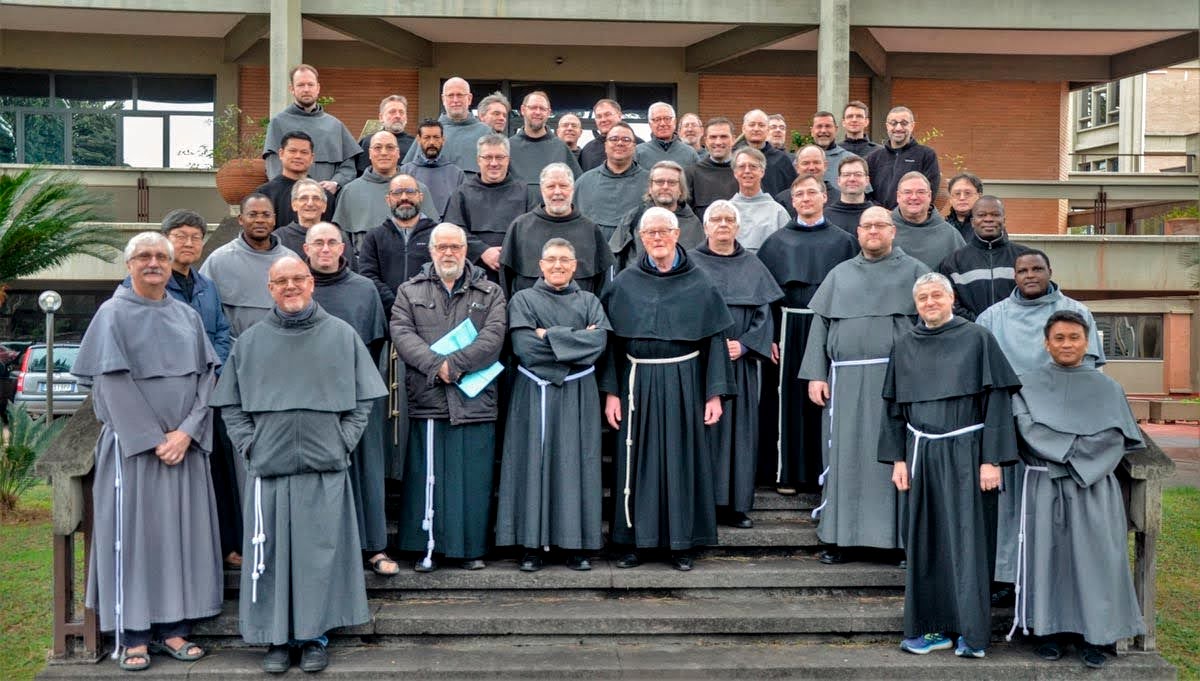 During the week of January 16 to 20, the first round of the Order’s “Midway” Meeting was held at the Seraphicum College in Rome.

The General Definitory met with the Ministers Provincial, Custodes, and Delegates from all over the world to discuss the status of the Order, evaluate the implementation of the Order’s Six-Year Plan (“Conforming Ourselves to the Gospel to Become a Missionary Fraternity”) and to propose topics for the 2025 General Chapter.

The Minister General and various General Definitors took turns presenting during the meeting. They covered topics such as the Franciscan charism and its transmission—based on the primacy of God, fraternity, courage and openness to missionary work; Community discernment as a means of welcoming our future; and creating a financial system that builds Franciscan culture.

The second round of the ‘Midway’ meeting will take place in mid-June.

You can read more about the meeting on the Order’s website:
https://www.ofmconv.net/en/seraphicum-incontro-dellordine-a-meta-strada/

Check out the video below for photos from the meeting.

Called to Be a Fellow Wayfarer

Pray for Our Elected Officials