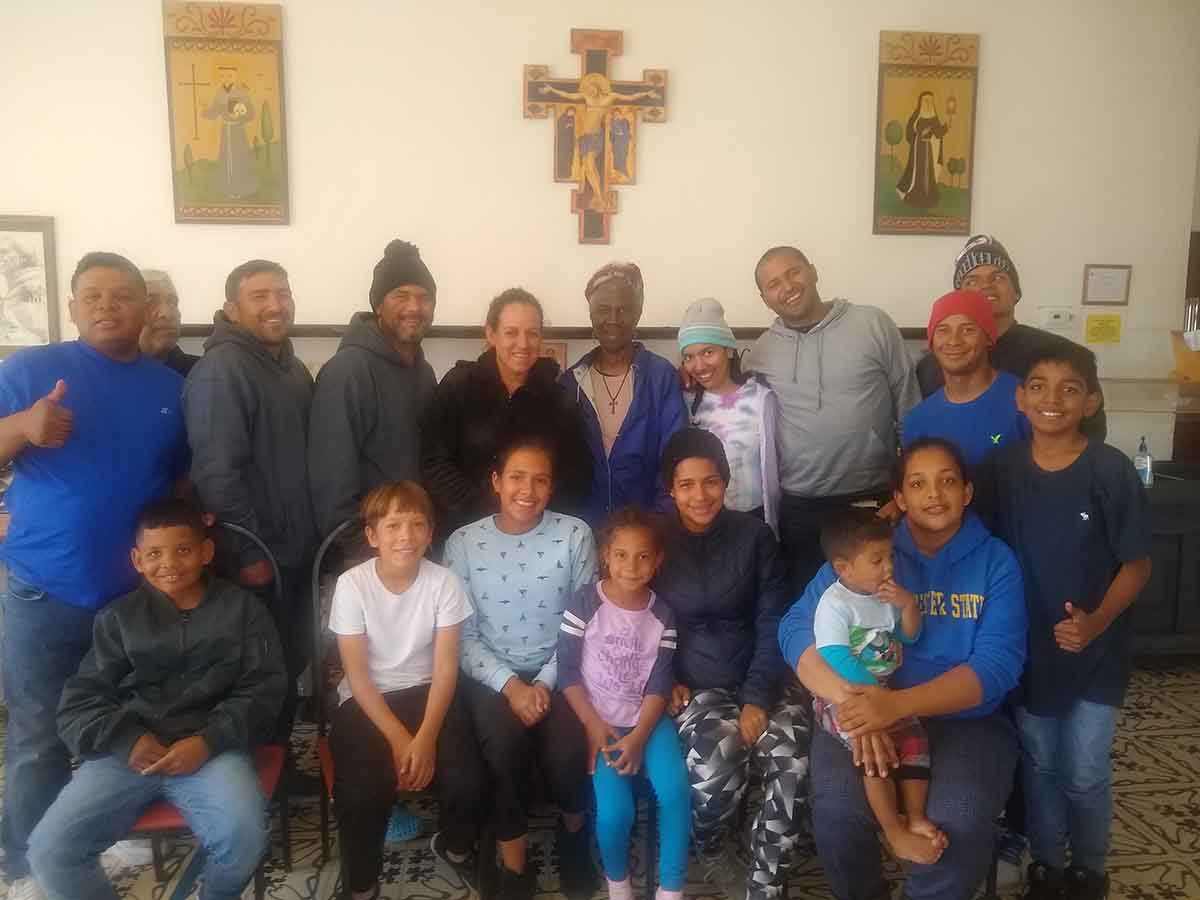 During friar Tom Smith’s prayer time one morning last week, he began reflecting on the feast of Epiphany and the experience of some recent immigrants who arrived at Holy Cross Retreat Center.

As I was praying this morning

and reflecting on today as the traditional day of Epiphany,

I was also remembering the immigrants

who came to us in the past few days.

José is here with his wife,

who has no official papers to travel in this country.

traveling with his uncle from Venezuela, on buses,

walking through the dangerous jungle in the Darien gap,

and several times being detained and moved back south in Mexico.

One of the mothers who came with three children is named Mari,

and her husband is David,

brought us many blankets, pillows, clothes, and other supplies.

where they are sleeping outside in 30 degrees weather

because there is no room inside.

Two days ago, two men were dropped off, seeking shelter.

I allowed them to stay one night only,

when I could have been much more generous.

In the midst of all this came Jesús.

who were lingering at a local store and seeking donations.

Jesús saw the families with children shivering in the cold.

He realized he needed to do something

other than just ask them to leave.

He called me and asked if they might be able to come here.

and dedicated staff and volunteers.

We had been talking the past two days about how to respond.

We do not have gifts of gold, frankincense, and myrrh to offer.

nor enough wisdom to resolve the immigration situation

of so many people seeking a place to stay.

But a man donated food leftover from a funeral meal here yesterday,

and it was enjoyed by those who recently arrived.

A volunteer named Michael took someone to a bus station,

and made two trips to bring here those in the cold in front of the store.

and those who arrived washed the dishes.

We shared our rooms and offered Franciscan hospitality.

It was Jesús, and the assistance of the angels

who made it happen.

May this Epiphany inspire you, call forth compassion,

and give us courage to respond as did the magi of old.

Kolbe and the Holocaust