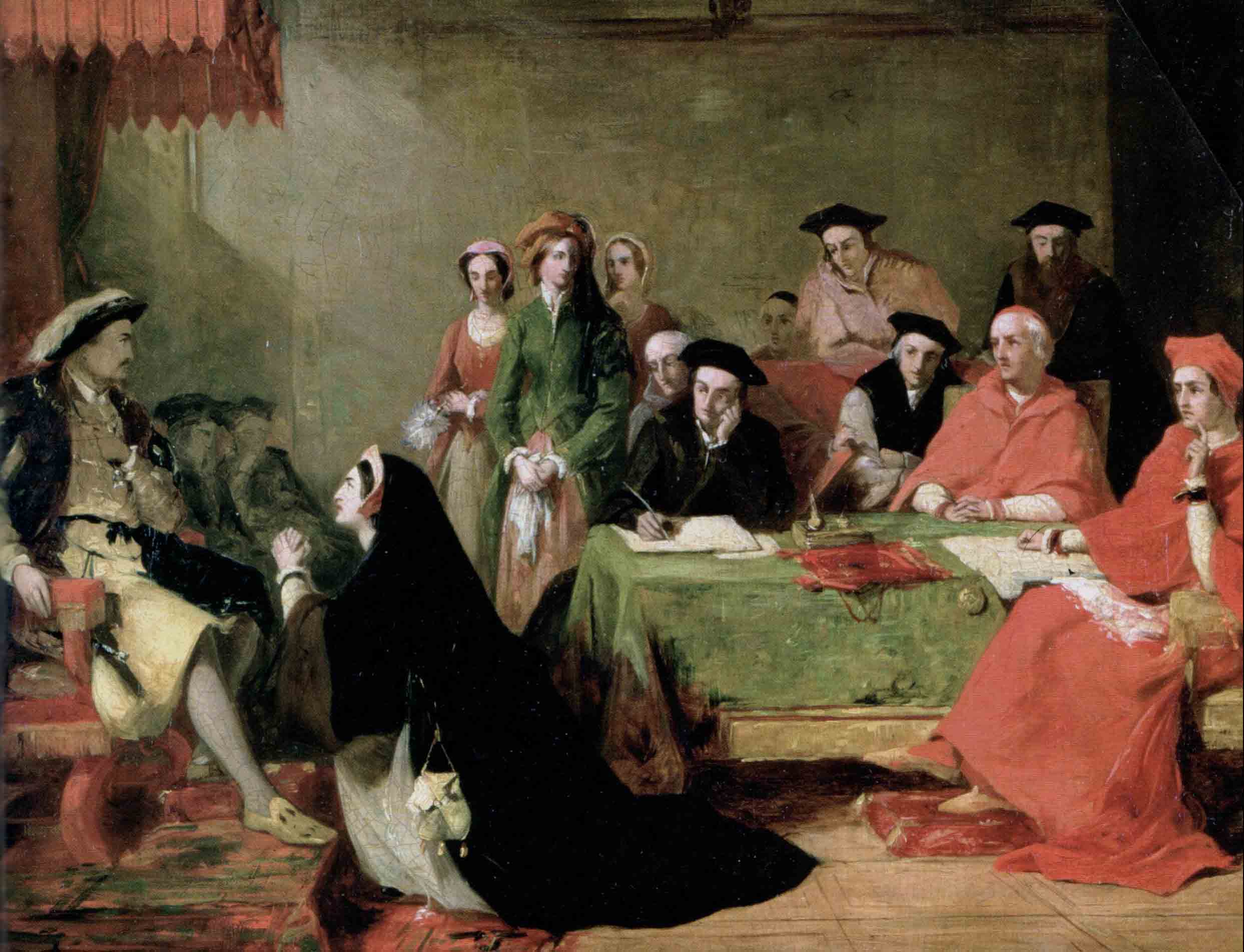 The city of Peterborough (Cambridgeshire, England) is not too distant from our little friary in Walsingham (in the neighbouring county of Norfolk). When I am in that part of the country, I always try to make a brief stopover in Peterborough and pay a visit to the city’s Mediaeval Cathedral.

Inside the cathedral there is a tomb enclosing the remains of one my favourite persons in history: Queen Katherine of Aragon, wife of the infamous King Henry VIII of England. I wonder how many know that Katherine was also a Third Order Franciscan?

At an early age the Infanta, Katherine, was betrothed to Prince Arthur, the eldest son of King Henry VII of England. The two were eventually married but, sadly, Arthur died not very long after the marriage. Katherine would later marry again, this time to King Henry’s other son, also named Henry – once the necessary Papal dispensation had been obtained. Katherine’s husband would in time inherit the English throne as King Henry VIII, and she would become his Queen.

Charity to the poor

Katherine was known throughout England for her charitable works and kindness to the poor. She was loved and revered by all. A notice in the cathedral tells us that “she set up a scheme for the relief of the poor” and that she “won the hearts of the English people as their Queen.” Doesn’t this remind us of that other saintly and noble Third Order Franciscan, St. Elizabeth of Hungary?

Katherine, an exemplary Catholic, was also an exemplary wife. As time went on, however, Henry came to be disappointed with his wife – he longed for a male heir, and Katherine had failed to produce a son. Instead of turning his mind to God in prayer, he turned his eyes and attention in the opposite direction. To one of the ladies of the Court, in particular – Anne Bolyen by name. We’ll not go into the sordid details here.

Wolsey and, later, one of his successors, Cranmer, made every effort to give in to Henry’s demand. Katherine knew that her marriage was valid, and she appealed directly to the Pope. She was well supported by her confessor, Fr. John Forrest, a Franciscan priest (and a future Martyr and Blessed).

Many of us probably remember how the whole matter ended. The Pope ruled in favour of the marriage of Henry and Katherine. Henry then broke with the Church, banished Katherine, and took up with Anne Bolyen. The year was 1533.

The Dante Center of Ravenna

Stories from Our Lady of Consolation Basilica and National Shrine