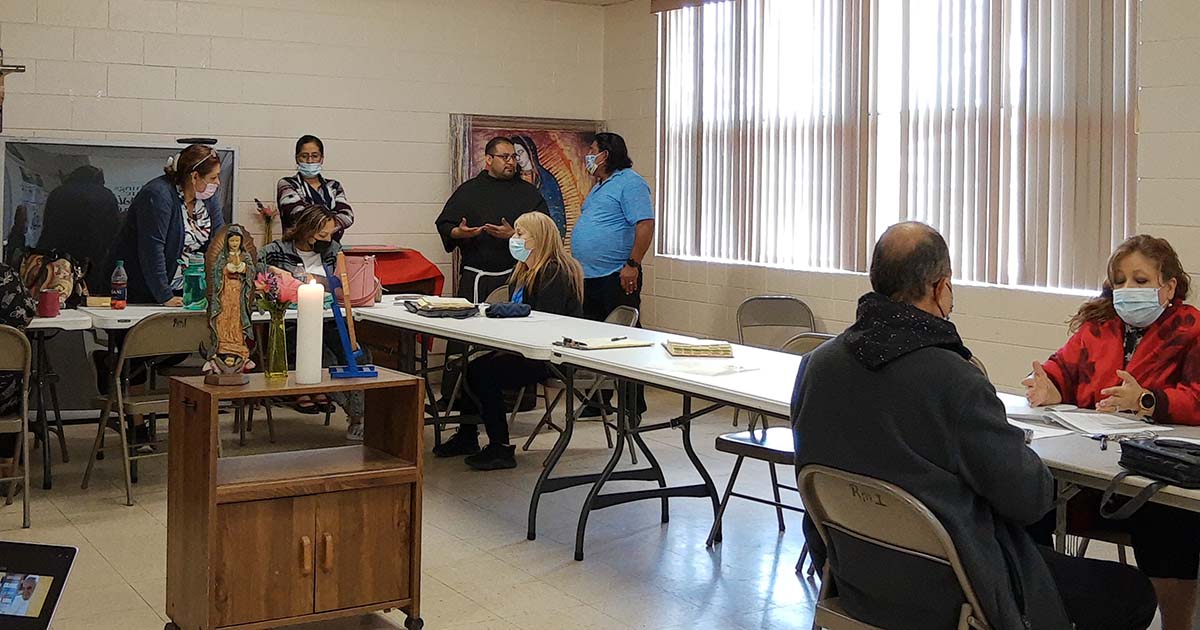 Friar Juan Zuniga Lopez offered a 'preparation' retreat to a parish group, Families in Christ. The families then helped Friar Juan provide a retreat for the young men at Posada Guadalupe.

Friar Juan Zuniga Lopez was completing theological studies in San Antonio, Texas, in 2018 when he met Fr. Phil Ley and was introduced to Posada Guadalupe. In part 3, Friar Juan talks about his experiences offering pastoral help –

(If you missed Part One –
https://franciscanvoice.org/for-i-was-hungry/

My first thought was to create something like a youth group so that they could have a moment of fraternity, have some games, and learn about God.

In my personal experience, spiritual conversion occurred at a church retreat when I was participating in a parish youth group. At that time, I did not know much about religion, even the Catholic faith. After the retreat, I felt as if God had changed my life; I felt a very strong desire to serve God. I did not know in what way but the desire was there. The youth group recruited new members and, after they participated for a time, invited them to a spiritual retreat to join the youth group’s core team and possibly become a server.

Using this experience, I thought this could be a way to reach these young men. First, I would create a spiritual but non-religious retreat, according to their reality as emigrants, and manifest that God has been with them despite the difficulties they have had to get to this country. The aim of this retreat was for them to have an experience of God.

To do this retreat, I needed help. So, I approached a local parish group called “Familias en Cristo” (Families in Christ.) First, I put together a ‘preparation’ retreat for the Familias en Cristo, to present the reality of the young immigrants, and how they live at the shelter. The hope was that these families, in the future, could ‘adopt’ a young man and offer him moral and spiritual support. The name of the retreat was “You did not choose me; it was I who chose you and you to go and bear fruit” (Jn 15:16)

The retreat for the young men from Posada Guadalupe was named “You did not choose me; it was I who chose you” (Jn 15:16). If the young men participated in the retreat, it was because God was calling them, not only to know more about Him, but to serve others.

Six young men from Posada arrived: two from Africa, two from Cuba, two from Honduras. A sign that this project was led by God was the presence of these brothers from Africa. They opened my mind to the fact that we must welcome everybody; it doesn’t matter from what part of the world they are. 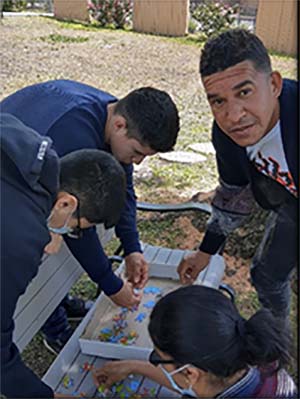 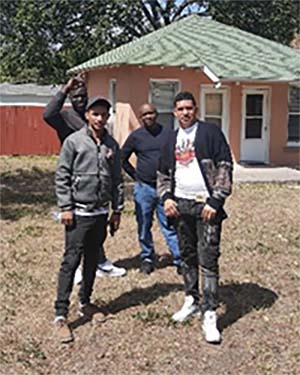 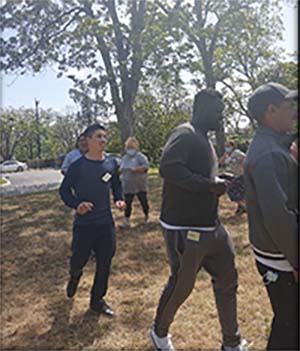 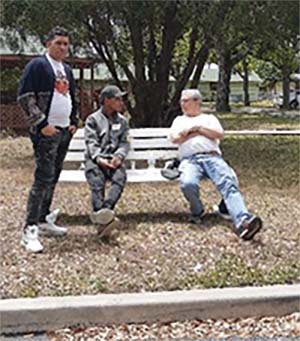 …I exposed the Blessed Sacrament and let Jesus work on them. I led a prayer and played some songs while the families were interceding for them. The families gave them letters. When they read their letters I saw in their eyes as if God was speaking to them.

From the ABSTRACT from Friar Juan’s Practicum:

Pastoral needs in the Catholic Church are varied. It is thought that Pastoral work is limited to a Parish community. The reality is that as members of the Church we are called to be missionaries and to bring the Good News to those who are oppressed because of social sins. God asks us to shelter those who do not have a home, food, clothing, but above all to love those who feel excluded. This Practicum Proposal is focused on realizing that we can evangelize, that from our reality as members of a family and society we can bring hope and relief.