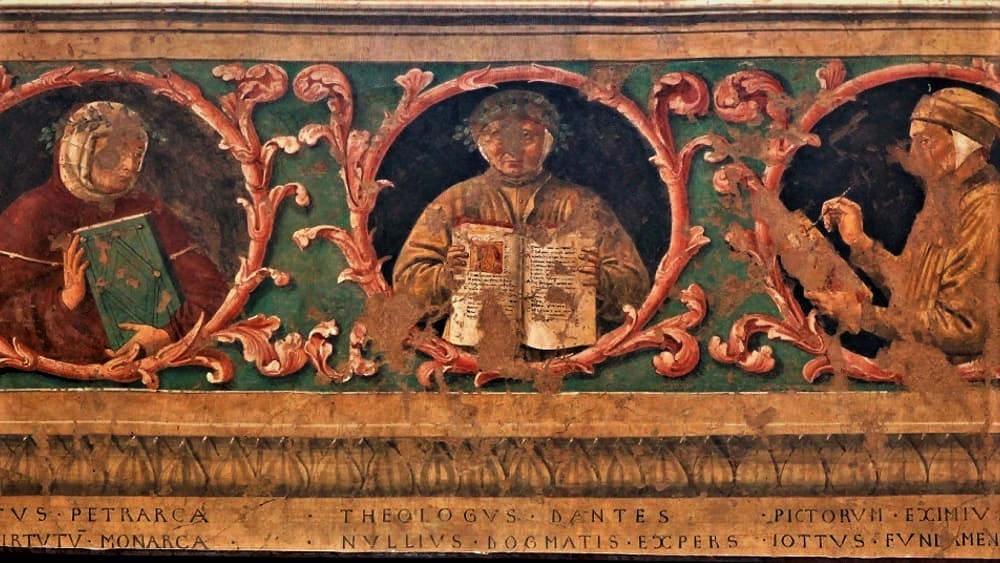 Dante holding his Divine Comedy flanked by Petrarch and Giotto. From a fresco by Benozzo Gozzoli (1452) located in the apse of the Church of San Francesco in Montefalco, Italy

Beginning with the Florentine Friar Accursio Bonfantini, who in 1318 held a public reading of the Divine Comedy in the Cathedral of Florence for the city’s ruling lords, several Franciscans contributed to the promotion of Dante and his works.

After Friar Giovanni Bertoldi (1360?-1445) became Bishop of Fermo, he was asked to translate the Commedia into Latin in order to spread the religious and moral values of the work among the faithful. This was a significant shift in the Church’s judgment of the work. In the 1330s, the reading of Dante’s poem was forbidden in schools for religious – it was considered a “deadly poison contained in a cup of refined workmanship.”

Other friars promoted Dante and his work through public readings and the painting of portraits in their churches. A fresco made in 1452 in a Franciscan church in Montefalco depicts the life of St. Francis, but also places Dante along with other famous Franciscans. Dante’s inscription reads: THEOLOGVS DANTES / NVLLIVS DOGMATIS EXPERS (‘Dante theologian, stranger to no knowledge,’ taken from the opening words of an epitaph for Dante’s tomb in Ravenna). 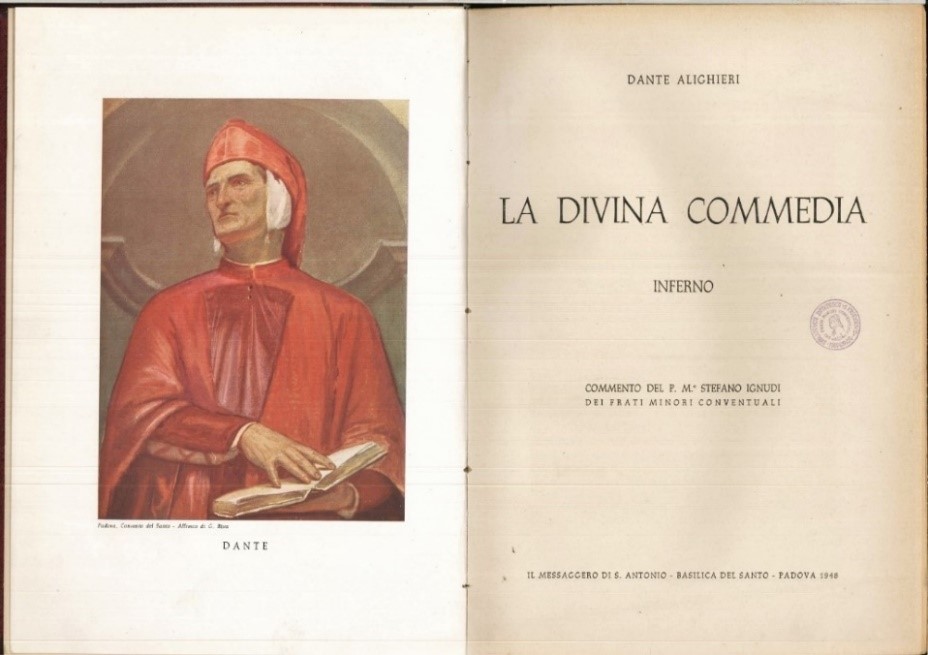 After the invention of the printing press, Franciscans began producing editions of the Commedia and commentaries on the work, along with tributes to Dante and his genius.

This collaboration has been steady through the centuries and continues today. Blessed Gabriele Allegra, a beatified friar who in his youth is believed to have memorized the entire Commedia, wrote about it while a missionary in China in the 1960s. As a missionary, he saw being a stranger, as St. Francis recommended, as something at the heart of his own commitment as an evangelizer. It was also a connection to Dante – an exile from his land, totally dedicated to telling people about God.

You can read more by visiting: