Why did the Conventual Franciscans make such a big deal about the 700th anniversary of Dante Alighieri’s death?

Aside from being acknowledged as one of history’s greatest literary figures, Dante had many Conventual connections. He had been a novice at their friary in Santa Croce, but left before professing vows, preferring instead to join the Third Order. After that, he continued to take courses in philosophy with the friars.

After Dante was banished from Florence for political reasons, he moved to Ravenna where he died in 1321, at the age of 56. He had desired to “rest eternally with the sons of St. Francis” and chose as his burial place the Church of San Francesco. 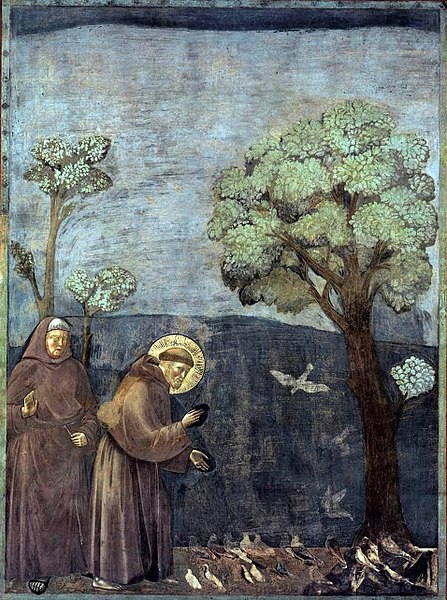 Dante’s close relationship with the Order is due to the true bond he felt with St. Francis of Assisi, who, because of his “Canticle of creatures”, is considered the first poet of Italian literature. But Dante’s bond with Francis seems to have formed not only in the literary sphere, but in the context of their similar cosmological vision.In fact, ‘the Poet’ was not only an eminent man of letters – he was a thinking believer. He was also a critic of the politics and morals of his time, as well as a critic of the structures of the ecclesiastical hierarchy, which in those days flaunted power and a great worldliness.

More impressive to him was St. Francis of Assisi, a penitent, an imitator of Christ, a man who made clear evangelical choices, choices that became alternatives to imperial and feudal norms.

St. Francis inspired, by his life, a movement of conversion and rebuilding. Dante, in his ‘Commedia,’ later renamed the ‘Divine Comedy,’ also proposed what St. Bonaventure called an itinerarium mentis in Deum (a journey to the mind of God) from the darkness of eternal damnation (Inferno), to the tears of purifying penance (Purgatorio), to the Source of light (Paradiso).

Using the resources of the Conventual Franciscans in Rome, we will explore the relationship between Dante and the Franciscans in a series of upcoming posts.

it is helpful “to interpret the present time with faith and seriousness, and to position ourselves among those who live the Gospel of the Lord Jesus, who is infinite Charity, with commitment (Faith) and poetry (Hope).”

The Dante Center of Ravenna

Whose Land Is It Anyway?