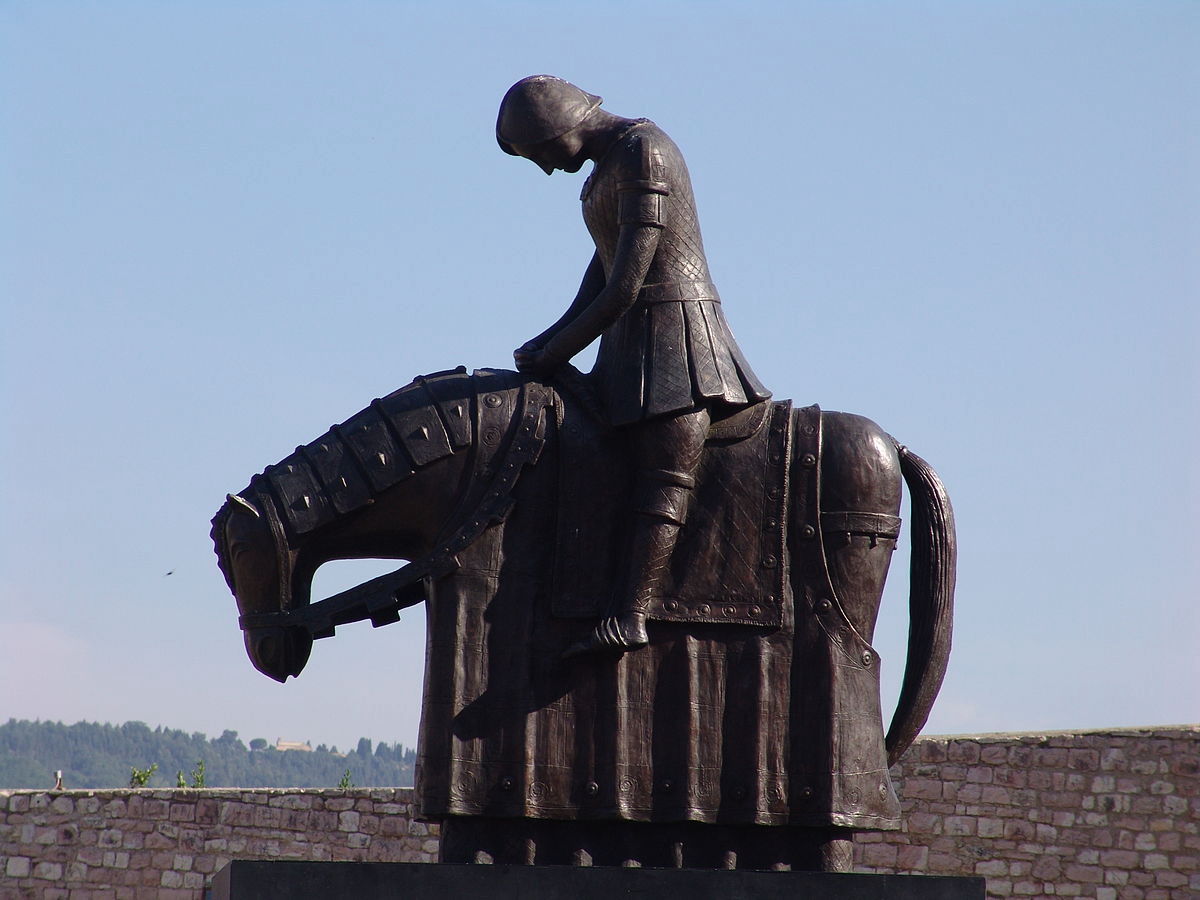 It was a September Sunday when I attended Mass at the United States Naval Academy Chapel in Annapolis, Maryland.  After the closing prayer, the chaplain spoke of September being Suicide Prevention Month; he then led us in a prayer for all those who might be contemplating suicide, especially those in the armed forces and veterans.

The prayer called to mind the statue of the young Francis, which sits on the front lawn of the upper basilica in Assisi. Francis, weighted down, slumps upon a horse that seems to share his deep depression. Journalist Nancy Wiechec describes how:

“The statue depicts a turning point in the year 1204. Francis was on his way to fight in the Crusades. He was young, about 23. Two years earlier, he had fought in a battle between his hometown of Assisi and neighboring Perugia and was captured and imprisoned for a year until his father paid a hefty ransom. Afterward, Francis suffered a long illness. Scholars believe he was left hurt and broken, possibly suffering physical ailments as well as what we know today as post-traumatic stress disorder (PTSD). By joining the Crusades, Francis might have wanted to prove he was a worthy soldier, but on his ride there, he received a divine message and came to realize that his aspirations as a knight were not to be accomplished by the sword. He turned around and headed back to Assisi”.

For Francis, it was in the context of fraternity and friendship that he made the journey of recovery. Such accompaniment is key to countering hopelessness and replacing it with hopefulness in members of the military, veterans, and their families today.

For example, Franciscan Friar Conrad Targonski served as a chaplain for the US Marine Corps for twenty-two years. Having participated in Operation Iraqi Freedom by serving soldiers on the front lines in Fallujah, he understands Francis’ “dazed look” as he sits on his horse.

“That’s how I looked when I got back from Iraq. When I came back my superior asked me what I wanted to do next. I said that I wanted to be a greeter at Walmart – I wasn’t kidding. I wanted to do something to process this whole idea of war and see people as people once again”.

After the chaplain led us in prayer in the midst of Suicide Prevention Month, the congregation stood to sing a song sung at the end of every Mass at the Academy, the “Navy Hymn” – Eternal Father, Strong to Save. Later that day, a quick internet search revealed additional verses that had been added through the years. The one that caught my attention was from 1969/70, when Galen H. Mayer wrote a verse that was later adapted by James D. Shannon:

Creator, Father, who first breathed
In us the life that we received,
By power of thy breath restore
The ill, and men with wounds of war.
Bless those who give their healing care,
That life and laughter all may share.

Peace Be With You