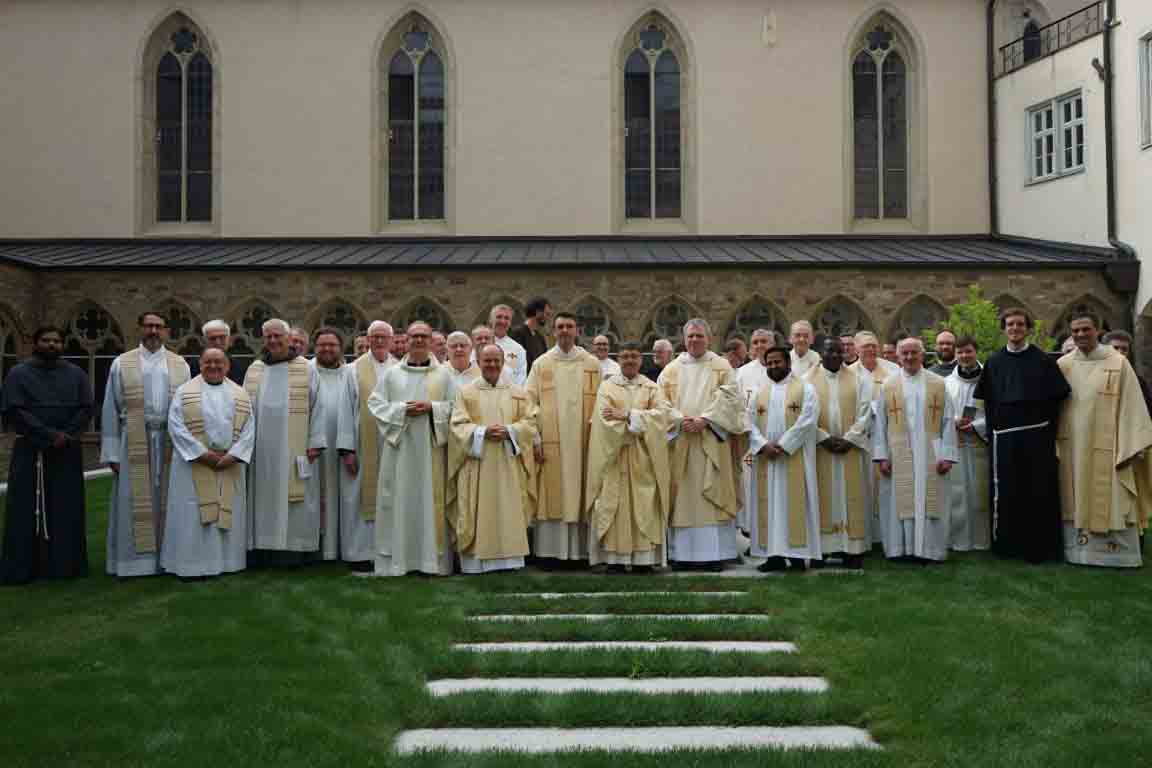 This past Pentecost Monday 2022 marked the 801st anniversary of the arrivals of the Friars Minor into Germany. The celebration of which, obviously, should have been last year, but equally obviously, Covid-19. So in 2022 Friars from Europe, Asia, Africa and the Americas gathered in Wuerzburg, Germany to celebrate with the people we came to serve. 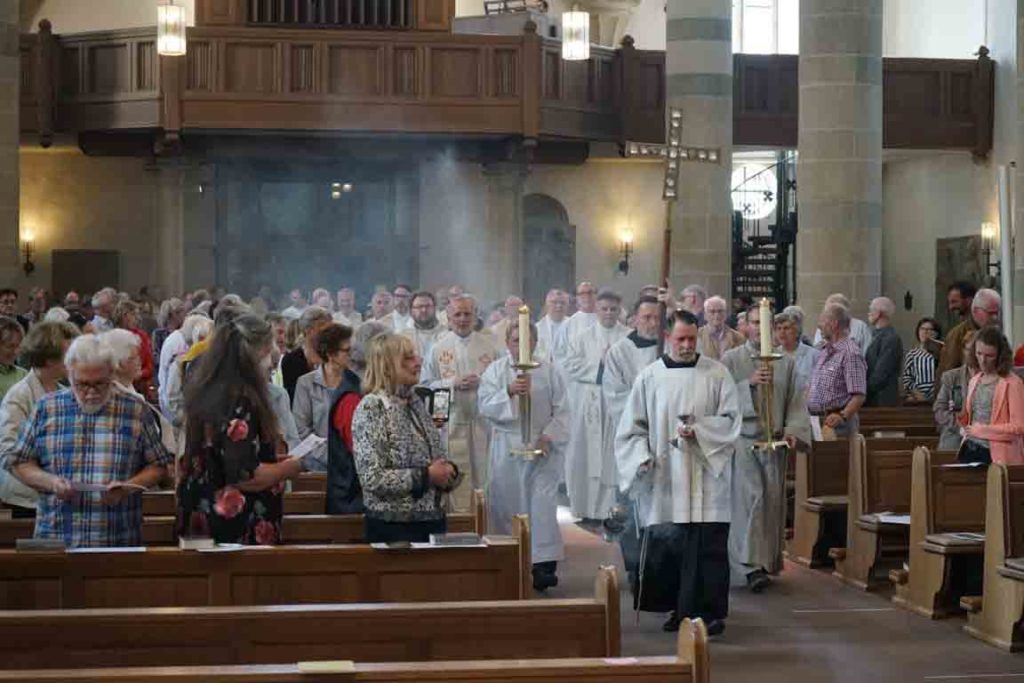 The friars initially arrived in Augsburg in 1221, but soon after were granted a plot of land in Wuerzburg   where the first friary was established. In 1249 the bishop gave the friars a large plot a short distance away and so the friars moved there and built a friary and a new church. They have been on that location ever since, and it is the Mother House of the German Province, which is the mother Province of the Conventual Franciscans in North America.

Reflecting on that long history, it is easy to worry about the state of vocations. After all, the German Province is getting older and has had very few vocations in the past few years. But at the celebration, the Minister Provincial Andreas Murk reminded us that this ministry has always been in God’s hands, and in that 800 years, the friars have seen other seemingly bleak times. Of note was after the Protestant Reformation, vocations were forbidden, and by 1840 only two elderly friars were left in Wuerzburg. But then the restriction was lifted, three new friars from Padua, Italy came, and the friary again flourished!

This message of hope was echoed by Swiss Capuchin Franciscan and spiritual writer Niklaus Kuster. Playing on the word GERMANIA, as the Latin speaking friars would have named it, Fr. Niklaus extolled the virtues present in this place: Gesellschaft (community), Evangelium (the Gospel), Risiko (risk), Menschenliebe (living for others), Armut (having little, giving much), Naturliebe und Nachhaltigkeit (solidarity with our world), Integration (being part of a local community), and Alle (we work together.) 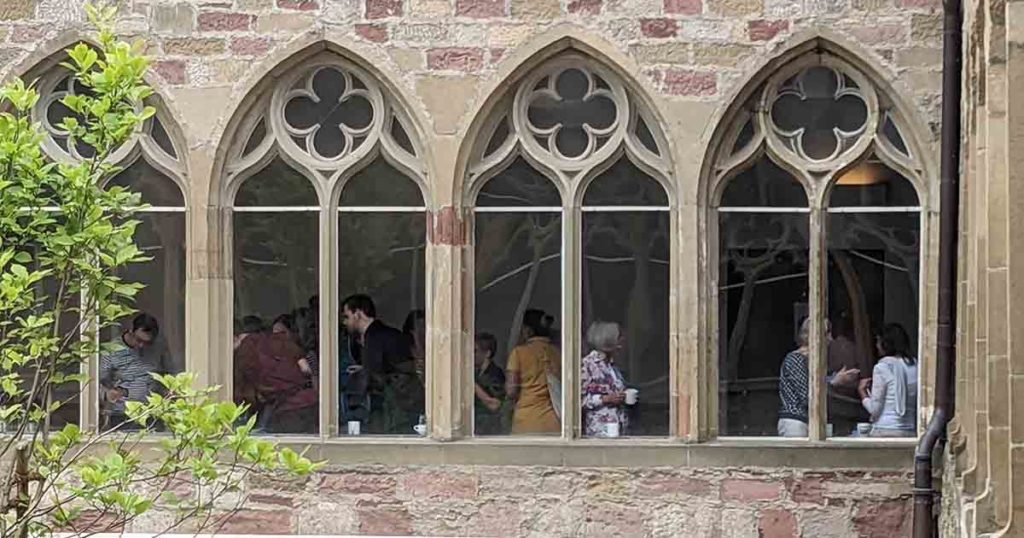 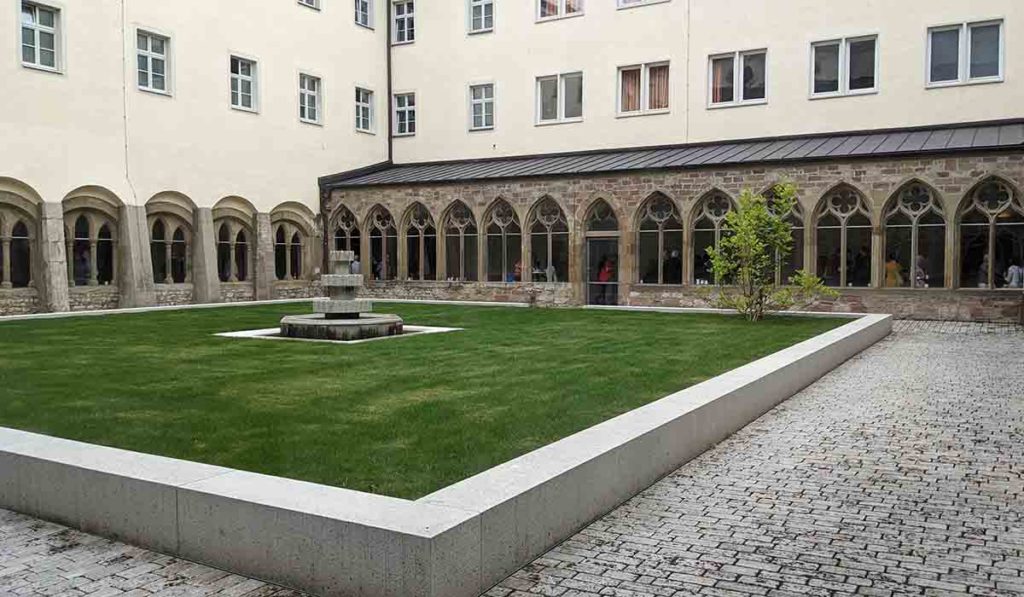 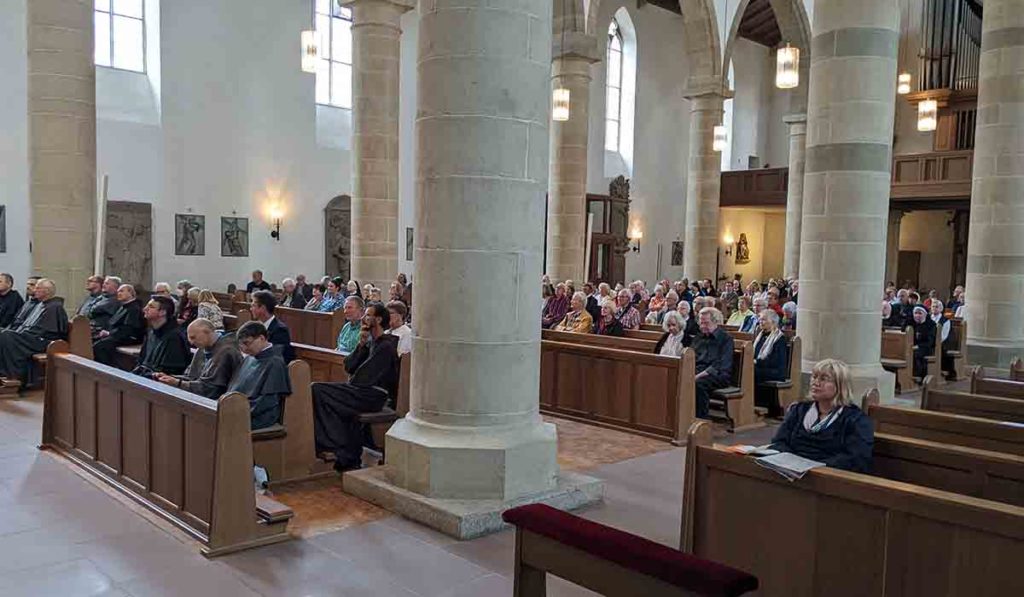 It was a privilege to be able to celebrate this great occasion with my brothers and all those from the city who love us and support us. It is a sign of hope that the message of the little poor man of Assisi still has strength and meaning even in our modern world. May that message of the Gospel prosper for another 800 years!

Executions – A Reason to Mourn