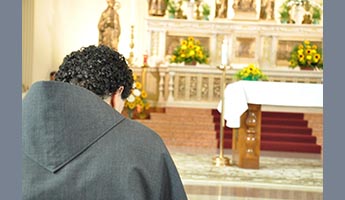 When I was growing up in Dublin the pious practice of ‘making a visit’ was still quite popular amongst the older generation. As one walked by a Catholic church, one went inside and made a brief visit to Our Lord in the Blessed Sacrament. It only entailed spending a few moments in prayer.

I was lucky enough to grow up in an extended family. On many occasions I would accompany my Aunt Bridie (the Light of Heaven on her) to the markets in the neighbourhood on a Saturday morning. There were quite a few churches in the area, many of them chapels of ease belonging to the various religious orders. As we shopped, we would pop into a church to make a short visit, and light a candle. There were many other shoppers in the churches doing the same thing. These people were witnessing to their Faith: we Catholics know that Jesus is really and truly present in the Blessed Sacrament, so shouldn’t we pay a visit to Him?

This calls to mind something I read some years back regarding Edith Stein. Edith Stein was Jewish and one of the most renowned philosophers of her day. As a young woman she lost her faith and became an atheist.

In 1916, the 25-year-old Edith Stein and some friends visited Frankfurt Cathedral for a few minutes. There she became a witness to something that would have a lasting effect on her. Years later, after she converted to Catholicism, she wrote:

"Whilst we looked around in respectful silence, a woman carrying a market basket came in and knelt down in one of the pews to pray briefly. This was something entirely new to me. People went to the synagogues or to the Protestant churches which I had visited only for services. But here was someone interrupting her everyday shopping errands to come into this church, although no other person was in it, as though she were here for an intimate conversation. I could never forget that."

Edith Stein was received into the Catholic Church at the age of 30. She later became a Carmelite nun, taking the name-in-religion Teresa Benedicta of the Cross. Alas, in 1942, she was taken by the Nazis, and sent to Auschwitz concentration camp. She was one of the millions who perished in that terrible place. She was canonised as a martyr in 1998.

Reading the foregoing, we can see how witnessing our Faith can be such a powerful thing in bringing others down the road to conversion. Even something as simple as making a short visit to the Blessed Sacrament. After all, we Catholics know that Jesus is really and truly present in the Blessed Sacrament – so shouldn’t we pay a visit to Him? 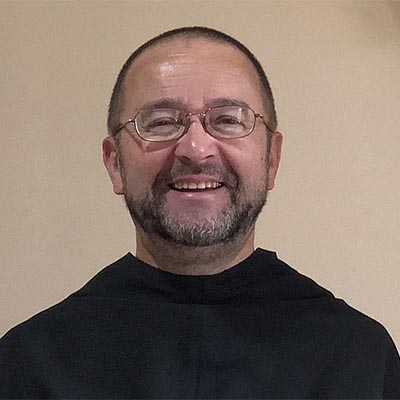 Friar Solanus Mary is a Conventual Franciscan brother serving in Barton in Salford Diocese (Manchester, Great Britain.) He has a monthly radio program and contributes to the website of the Ferns Diocese, Wexford, Ireland. This post was originally published at The Hook of Faith, a Catholic adult formation and education group in the Ferns Diocese.

In Conversation With Friar John Burkhard