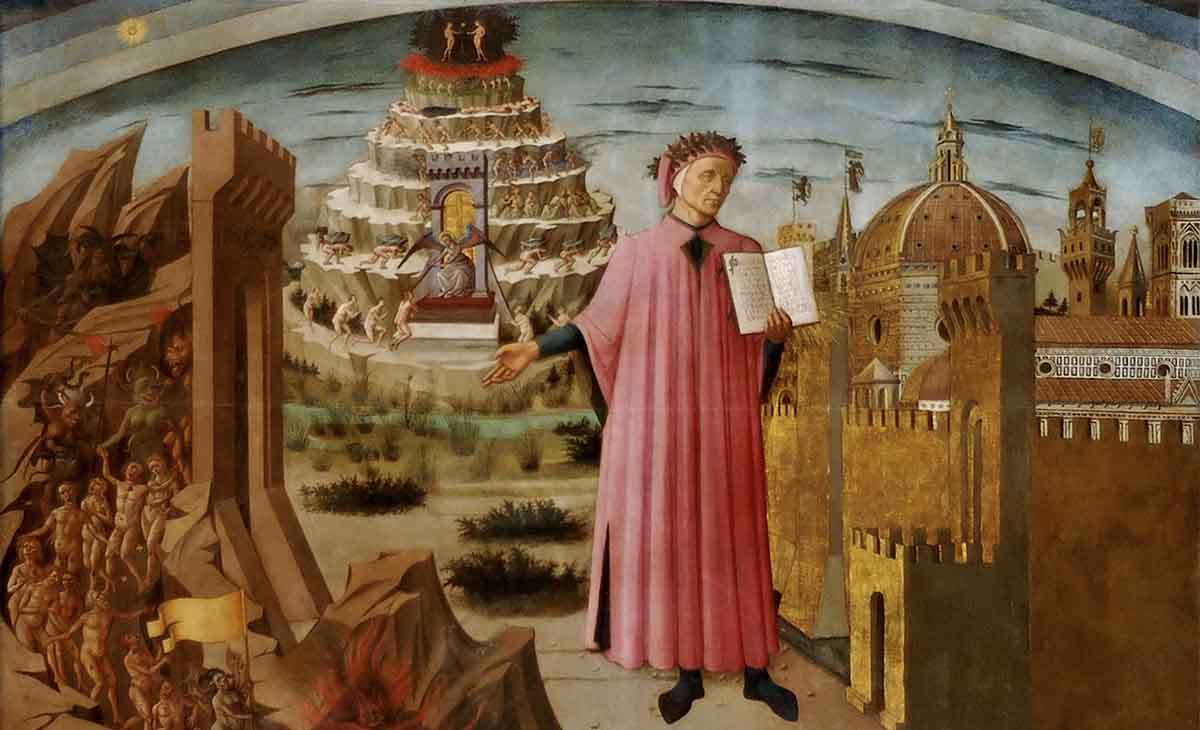 Dante and the Franciscans, Part Six

Thomas Merton took the title of his autobiography, The Seven Storey Mountain, from Dante’s depiction of Purgatory. But more importantly, Merton saw it as an apt metaphor of our striving for holiness here on earth.

Of the three realms we travel in the Commedia, this is the one that is entirely Dante’s creation – its location and physical configuration, and in the spirit that pervades it. The mountain itself rises from an island in a southern ocean, at the opposite pole from Jerusalem, high into the sphere of the moon. At its peak is the beautiful green of the earthly paradise.

Instead of demons (unthinkable in this environment) there are gentle, luminous angels. There is a gentle sky and landscape, with prayers, songs, and chants coursing all over the mountain. The inhabitants are meek and kindhearted; their words express deep repentance, sure hope, and a humble plea for help. 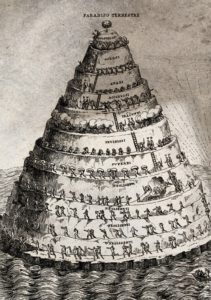 While deep below the mountain lies eternal punishment, the stages of purification rise toward the return of lost innocence. Along the way, Dante finds the repentant sinners who have been saved from that damnation.

Some have noted a sense of quiet enchantment throughout the Purgatorio. Horror and harshness have no place here – in the environment, in the language, and in the souls themselves. Unlike figures that stood proud in the Inferno, here we find figures who bend and bow with a spirit of gentleness.

It is not sin or its quality that distinguishes those in the Inferno and the Purgatorio (there are even worse sinners in Purgatory than in Hell), nor even virtue. Instead, it is something Dante calls “turning to God,” – conversion of the heart. Here are three examples:

“Goodness has arms so wide that It accepts / all those who would return, imploring It…”

“Alas! How tardy my conversion was!”

This is what the souls all have in common: a moment, often their last, of abandoning themselves to God. They had not been saved by their virtues, just as other were not lost solely because of their sins.

This conversion has changed them from within, yet they are different in appearance from those in Hell, and their mindset is mild. They don’t claim rights, nor consider themselves great or self-sufficient. Rather, they humbly request and pray for the help of others.

At the top of the mountain lies Eden, a symbol of human nature perfected. There comes the moment when Dante himself breaks down and experiences his own change of life. The shedding of tears – that inner change – is the only price God requires to enter His kingdom.

The St. Anthony Rosary of Healing

Visit With Our Friars in Lviv, Ukraine