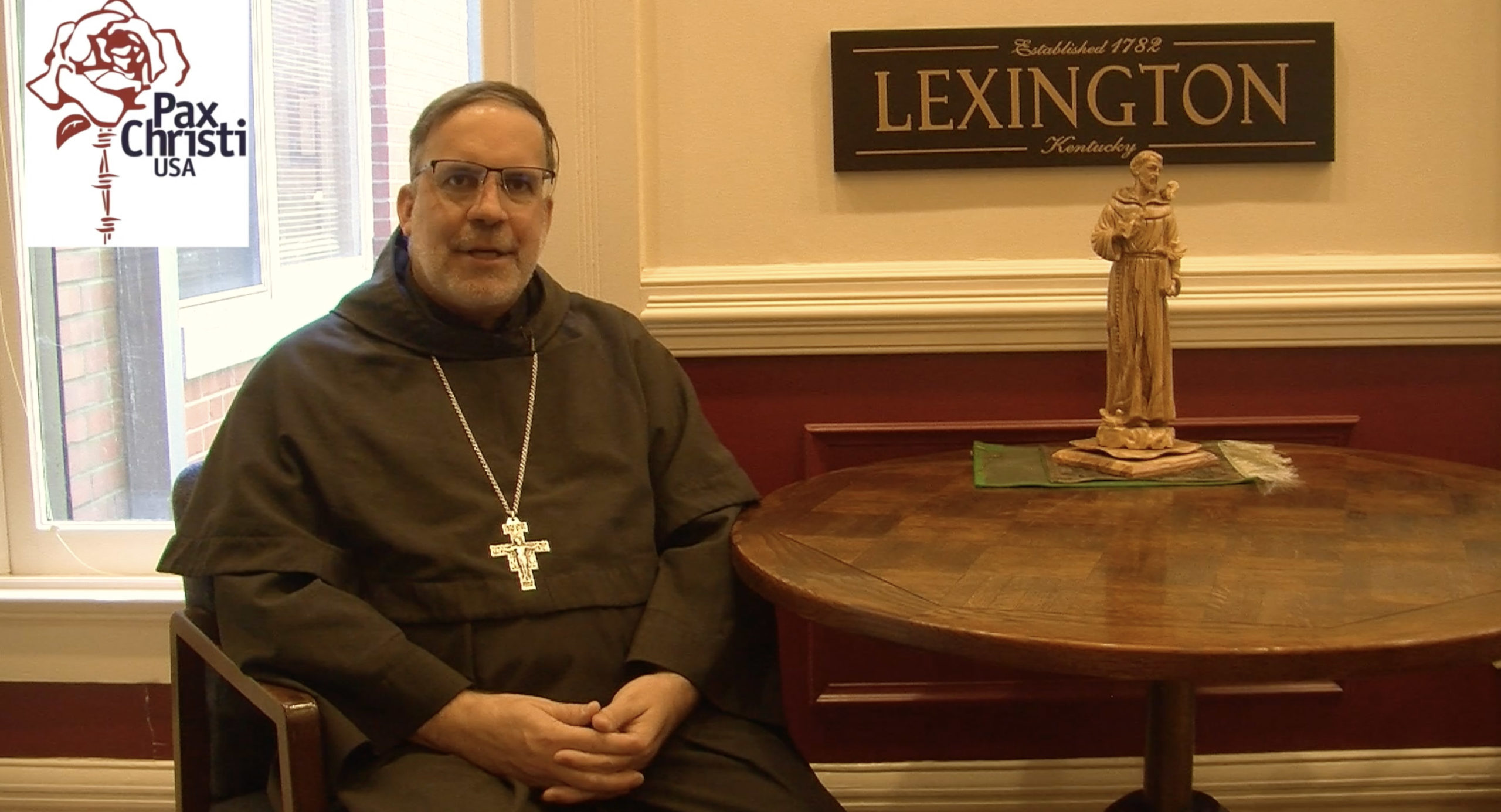 Bishop John Stowe shares a prayer of thanksgiving on this inauguration day. Originally posted on January 20, 2021 on paxchristiusa.org

Together with a prayer of thanksgiving, I will breathe a deep sigh of relief at noon on this inauguration day. For a nation that prides itself on the peaceful transition of power as one political party hands the reins of government to another, this particular transfer of power will not be forgotten because its peacefulness was threatened and severely challenged. Just like the Senate confirming the vote of the Electoral College, today’s inauguration will be much more than a solemn ritual of our civil religion because it can no longer be taken for granted. The celebration will not be diminished one bit by the absence of the outgoing president who has repeatedly shown his disdain for the traditions of our democratic republic and who has quite literally taken his toys and gone home.

The sigh of relief and prayers of thanksgiving I raise up today are not because we will see the fulfillment of God’s reign as Joe Biden swears an oath on the Bible, but because as he does so, he knows something of the content of that written portion of God’s Word and he has chosen to live his life as a follower of the Word made flesh. Conscious of his imperfections and unlike his predecessor, he can certainly recall occasions when he has needed to ask God’s forgiveness. He has even known the need to repent of a wrong-headed policy position and has changed course when the evidence convinced him that he must. Biden has also known what it is to give decades of his life in service to the nation; he has known what it is to struggle with and walk with workers and the ordinary people who make this country great. He has known what it is to lose people precious to him and wonder how it will be possible to continue onward, and so he is able to empathize with a nation and world grieving the loss of life in the midst of a pandemic. He and his family have paid the price of patriotism and know that life laid down in service of a greater good instead of personal gain is in no way a loss.

At noon today we regain a national leader who models civility, who embodies decency, who exhibits compassion, who knows the power of words to heal, who can strive to include those whose views and priorities differ from his own, and who lives his life by noble principles. Those qualities, while never easy to perfect, were not considered impossible standards for ordinary citizens, much less for one who holds the highest office in the nation. But again, their absence helps us see their importance and their value.

My sigh of relief and prayer of thanksgiving are because, as of today, wearing a mask to protect one’s self and others from a dangerous virus doesn’t have to be interpreted as a political gesture but will be the expectation throughout the country. I give thanks because as of today, people will no longer be refused entrance to the United States of America merely because they come from a Muslim nation. I am grateful that the leader of our nation as of today will take responsibility for the health and well-being of the people in this time of global pandemic and will care whether the vaccine is reaching the people it should reach and will do what he can to prevent people from becoming homeless during this crisis. As of today, states should not have to compete with each other for the tools to fight the virus nor figure everything out for themselves without the help of the federal government, because from today that government will be focused on combatting the virus rather than holding on to power.

As of today, the United States of America will take its place in the community of nations, we will participate in the World Health Organization and pay attention to our allies.  We will once again take seriously the threat of global climate change, re-enter the Paris Climate Accord and begin again to to reduce our carbon emissions and protect our air, land and water.  Beginning today, refugees can once again hope for the possibility of coming to and helping build up the land of opportunity.  Young people brought to this country as children without documents will be able to continue to work and study and contribute to the greatness of this country without living in constant fear for their futures.  Today the descendant of Irish immigrants of another century will remind our country of the long overdue need for comprehensive immigration reform.

Today the hard-working people who have been on the front lines and deemed essential will know that someone will be looking out for their interests. Today the people who contribute to the diversity that make our nation beautiful will know that their dignity will be recognized by the highest office-holder in the land and that those who promote racism, xenophobia, sexism, homophobia and all kinds of hatred will not be given a pass when they animate our worst demons.

As Joe Biden places his hand on a Bible today, he does so as one who knows and strives to live by its greatest commandments and one who believes that he will be held to account for what he does and will do to the least of Jesus’s brothers and sisters.

As I breathe a sigh of relief and lift up a prayer, for today, I will not focus on the new president’s shortcomings because I know there will be plenty to disagree about and work to change as his term unfolds. Today I give thanks that a person of decency, morals and character will inhabit the White House once again, and I am proud that he is a Catholic and has been formed by the values of our faith.

Peace Be With You