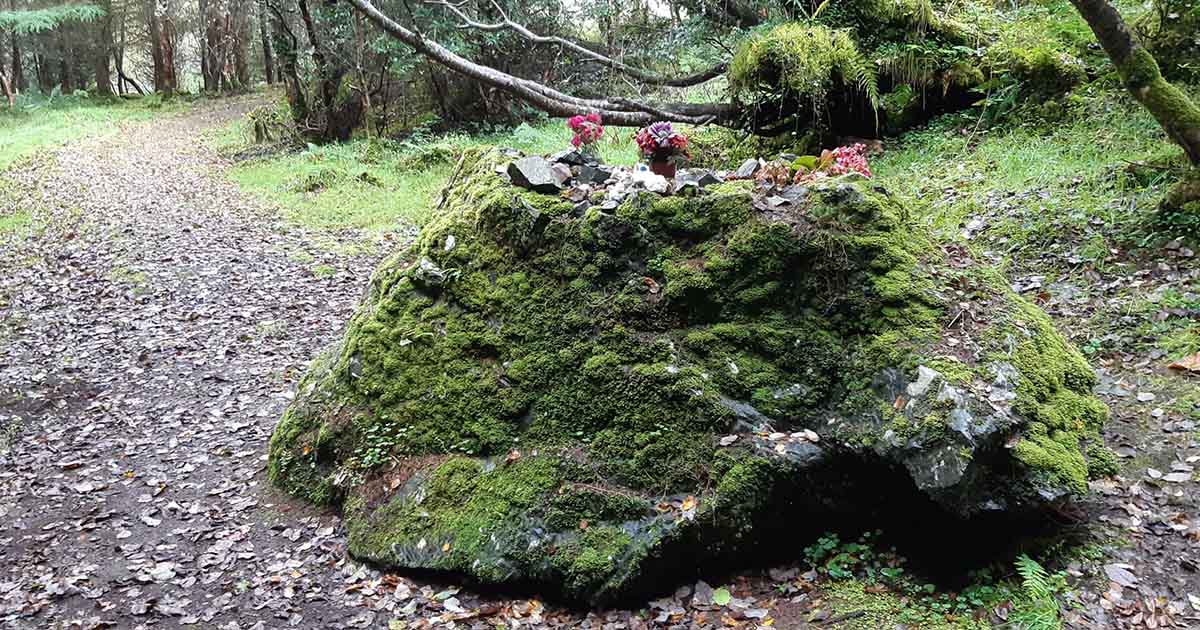 Friar Solanus Mary takes us on a trip through history and Donegal County in Ireland to visit four Mass Rocks.

In this piece, I want to tell you of a relic from the Penal Times, a relic still to be found all over Ireland. To begin with, however, let me explain briefly what we mean by the Penal Times.

I’m sure that most of you will have heard of King Henry VIII and how he broke away from the Catholic Church by setting himself up as Head of the Church in England – all because the Pope refused to annul his marriage with Katherine of Aragon. A widespread confiscation and destruction of Church property followed, and many were martyred.

On Henry’s death, his son, Edward, became King. Edward’s reign proved to be short-lived. The Anglican (Church of England) religion was formally established and laws against Catholics were enacted. On her ascension to the throne, Henry’s  daughter, Mary, restored the Catholic Faith; however, her reign was also short-lived and the restoration ended on her death. The persecution against the Catholic Faith resumed under Mary’s successor, her half-sister, Elizabeth, with the enactment of new laws.

These anti-Catholic laws became known as the Penal Laws, and the period in which they were law became known as the Penal Times. The Penal Laws really did penalise those who were Catholic. To take some examples: Catholics could not sit in Parliament; they could not enter the professions; they could not own land; they could not even own a horse worth more than £5 (this list is not exhaustive, by the way). Moreover, the death penalty was imposed for a seminary priest or a Jesuit found in the country, and also for those who assisted a priest or gave him shelter. As can be seen, under these laws the priesthood and the Mass were effectively banned – under pain of death.

In the late 18th Century, Parliament began to relax the Penal Laws somewhat. However, it was not until 1829 that the Catholic Emancipation Act was passed and, at last, the Penal Times came to an end.

Despite these Penal Laws, the Irish people could not, and would not, do without Holy Mass. The celebration of the Mass would continue out of the sight of the Crown authorities. On the heights of the mountains, and in the depths of the woods, rocks would be used as an Altar for the Holy Sacrifice: the Mass Rock (Carraig an Aifrinn in the Irish language). Danger of discovery by the authorities was never very far away, and look-outs drawn from the congregation would warn of any approaching danger.

A good number of these Mass Rocks have survived up to the present day, and they can be seen dotted around the country. During the time I was assigned to one of our friaries in Ireland, I would spend some retreat time in County Donegal. Let me tell you about four Mass Rocks that I came across in that beautiful county. 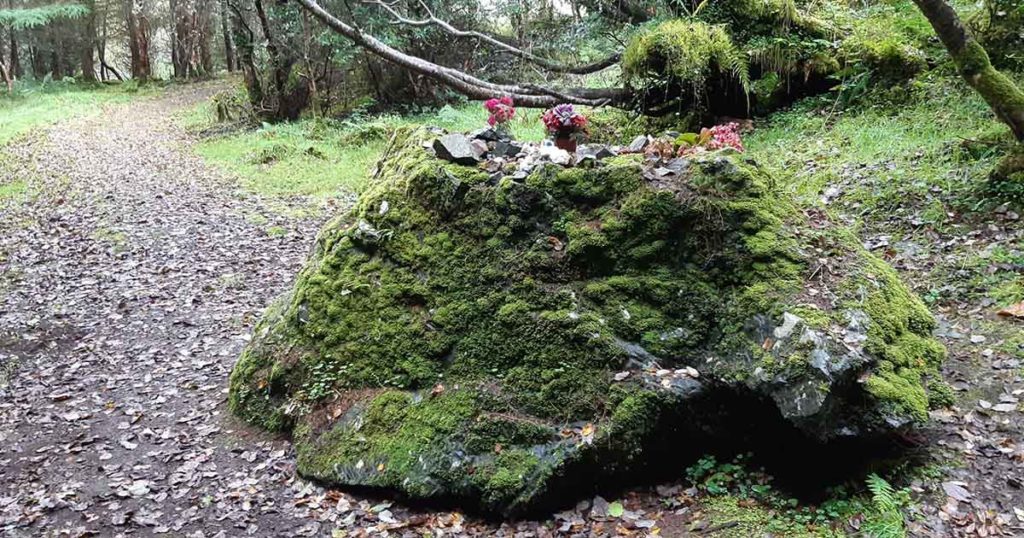 Not too far away from the Capuchin Retreat House in Ards, lies Ards Forest Park. The park is extensive and open to the public. Inside the forest, just set back from the public footpath, there is an opening in which lies a large rock. The rock is flat on top, which made it suitable as an Altar during the Penal Times. 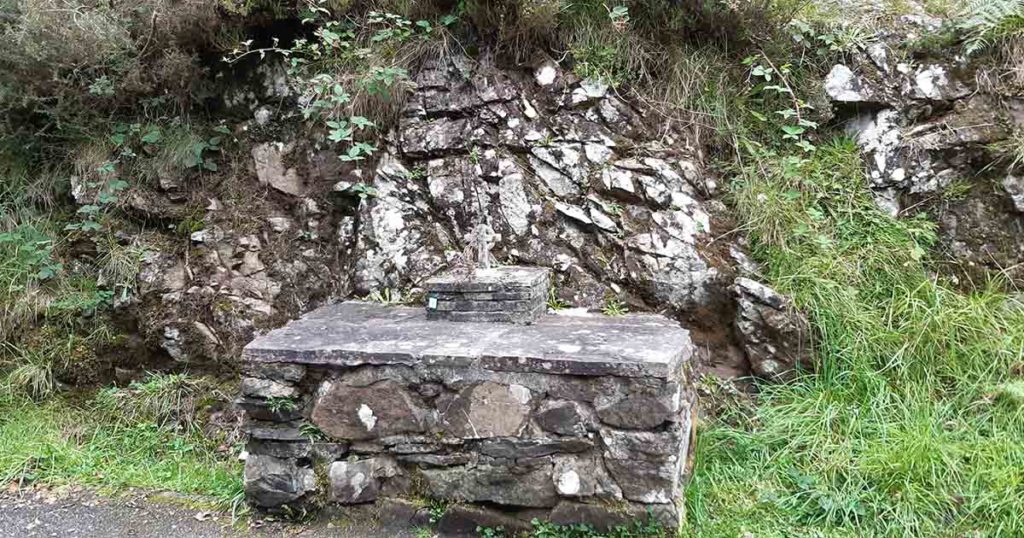 If you leave Ards and travel about twenty-five miles in the direction of Kilmacrenan, you will encounter a sign for Doon Rock. As you ascend to the top from the car park you will be directed into a secluded area where an altar was built to celebrate Mass.

If you leave Ards and travel about twenty miles in the opposite direction, towards Dunfanaghy, you will have the opportunity to see two Mass Rocks. 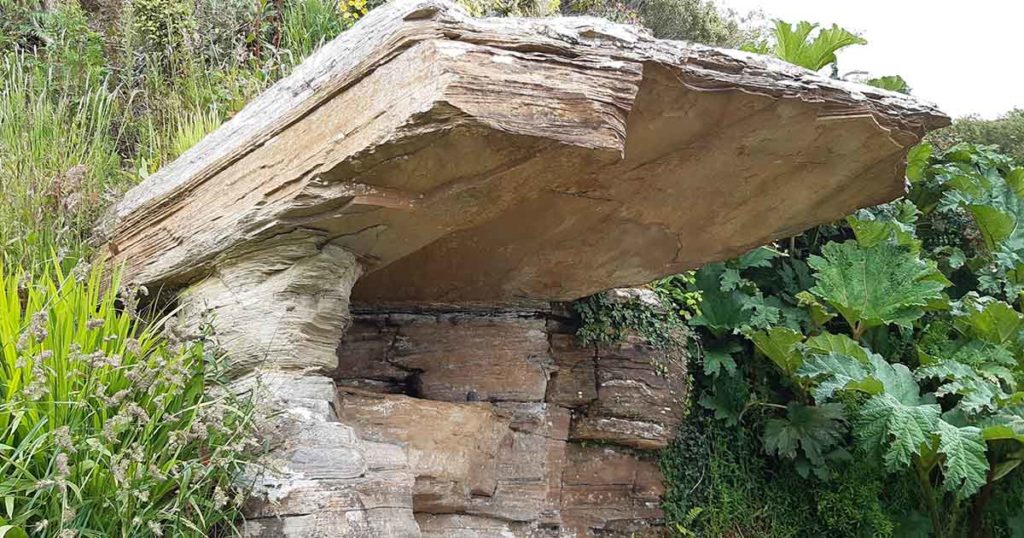 The first Mass Rock is located at Sandhill, just outside the village of Portnablagh. It is quite large, and is actually built into the side of a small incline. The Anglican bishop, Richard Pococke (1704 – 1765) – well known for his travel writings and diaries – makes mention in one of his books of an occasion when he passed by this area in the 1750’s; he witnessed a large crowd gathered at this Mass Rock, and noticed that the priest was wearing the old ‘Popish’ vestments. 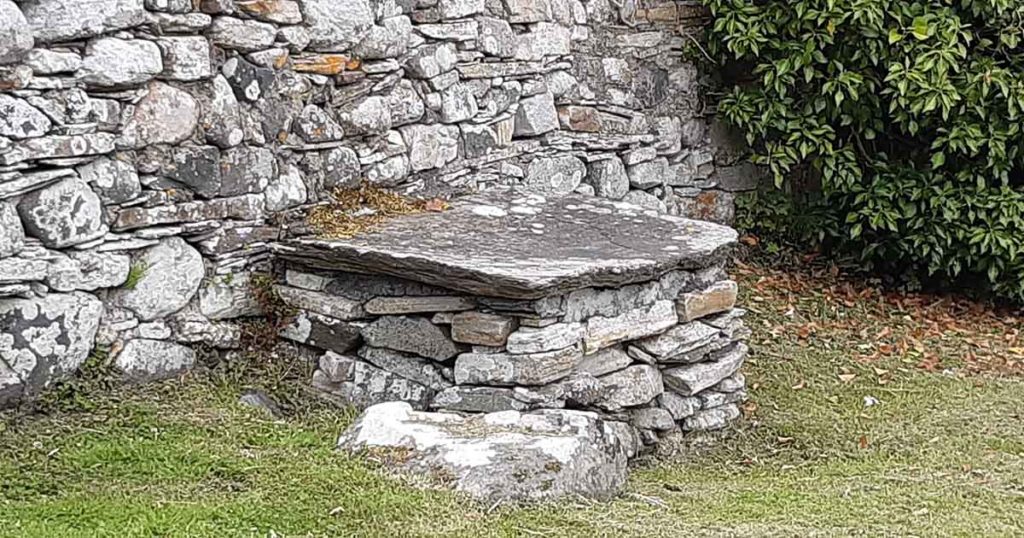 The second Mass Rock is located at Cill, just outside the village of Dunfanaghy, and is smaller in scale. It can be found built into the boundary wall of the Famine graveyard (where local victims of the Great Famine [1845 – 49] are buried). Locals say that a priest was martyred near here, and his remains were buried in this graveyard.

Symbol of the Faith

One could say that the Mass Rock has become a symbol of the Faith of the Irish people during those dreadful Penal Times. Perhaps you are planning to take a trip to Ireland sometime in the future: if you are staying in rural parts, do ask the locals if there are any Mass Rocks located in the vicinity.