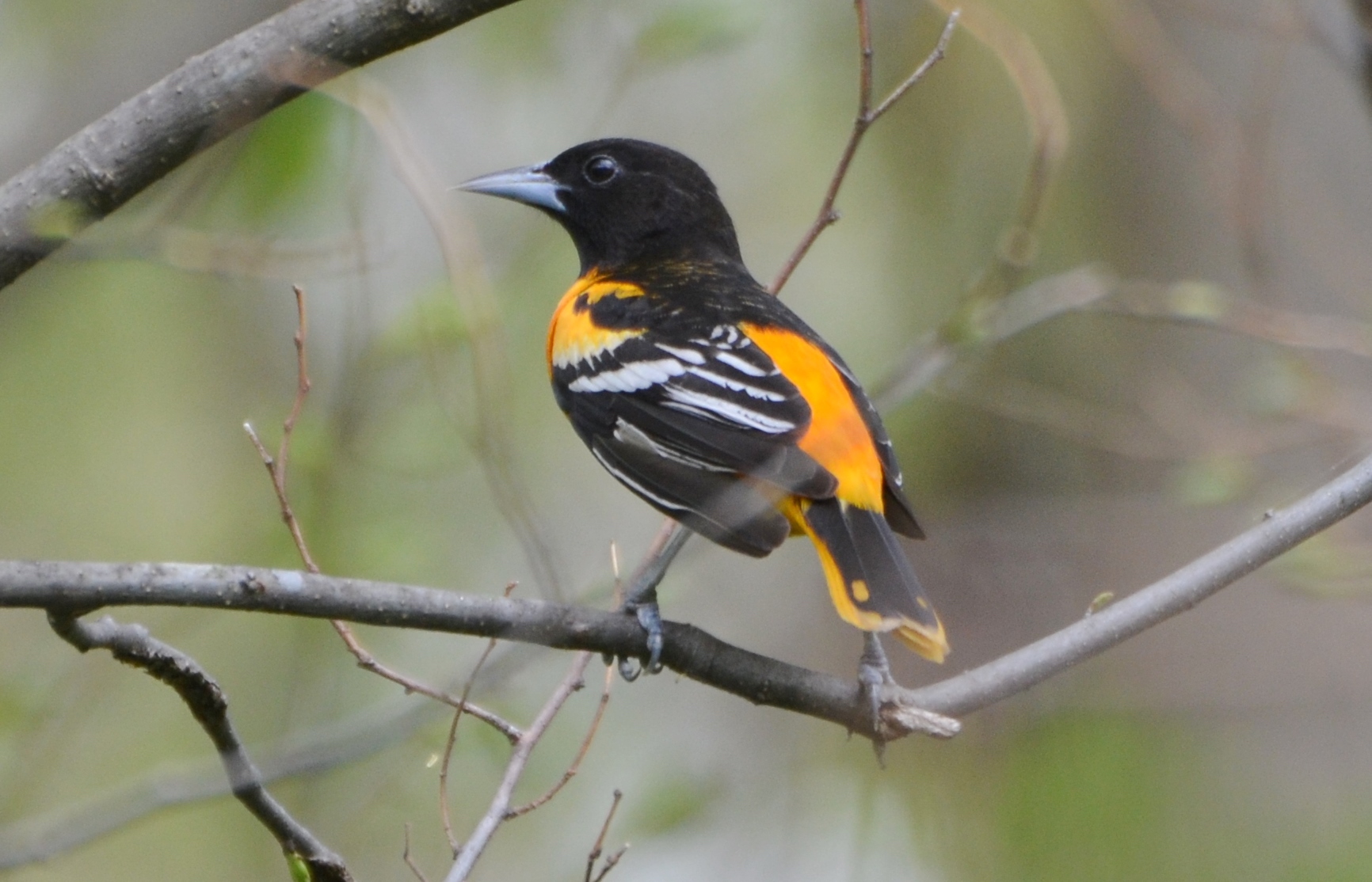 A friend called me with excitement in her voice.  “I found the perfect Saturday outing. It’s a bike-ride/bird-watch!”  As avid cyclists, this seemed a clever twist, so two days later we donned our helmets and, with binoculars hanging from our necks, joined twenty bird enthusiasts on a bike path in rural Maryland.

At the halfway mark, we found ourselves in a clearing munching on granola, when our leader opened her bird field guide and asked in a serious voice, “What birds did you spy today?” The answers came quickly and with equal seriousness. One said, “blue jay”, another declared “finch”, while two simultaneously clarified “purple finches”. The leader focused in on us. With finger pointed she asked, “What bird did you two see?” Feeling a kick from my friend, I exclaimed, “a Baltimore Oriole!”

In a flash, the group became an angry parliament of owls diving at us unsuspecting city pigeons.“No way! Impossible! Never at this time of the year!” I then pointed my finger toward the leader and said, “Look at your shirt, on the front is a Baltimore Oriole.” We were instantly exiled from the flock.

Many react to human migration with the same intensity as the bird-watching biker gang. It’s a serious issue best understood through the use of a field guide, where identification immediately labels a given bird as either native or invasive.

With the example of Saint Francis, often depicted preaching to the birds, we find an example of a bird-engager rather than a bird-watcher. Wherever he went, Francis created a culture of encounter, naturally reaching out to his feathered friends, whom he called sisters and brothers. At a deeper level, the art and stories of his preaching to the birds are meant to serve as metaphor for preaching to the peoples of all nations (represented by the various flocks of birds gathered around Francis). Francis’ field guide was the Gospel.