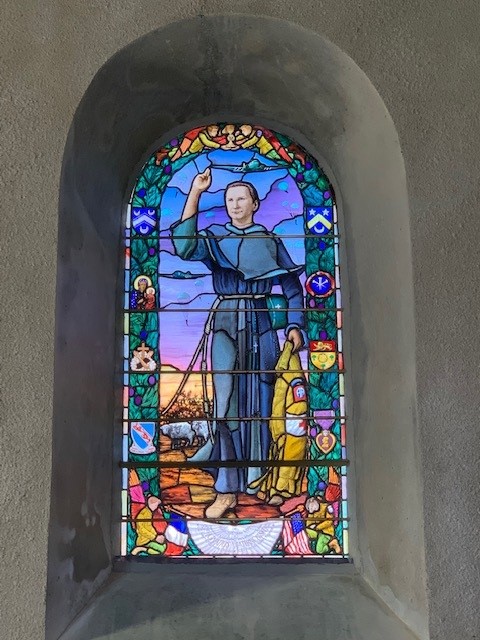 In the early hours of D- Day, June 6, 1944, military chaplain Fr. Ignatius Maternowski parachuted into the occupied territory of the hamlet of Guetteville in the town of Picauville. There were many wounded paratroopers and glider victims so Fr. Ignatius attempted to negotiate with his German counterpart to establish a common hospital to treat all the wounded. 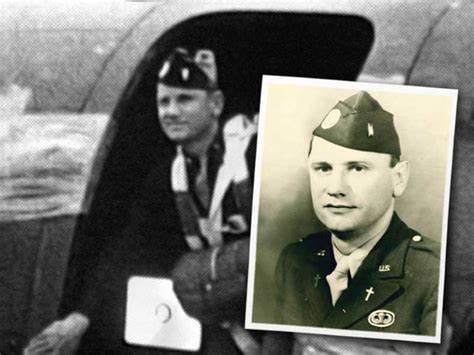 After walking between enemy lines unarmed, with his chaplain’s insignia and a Red Cross armband, and meeting with the Nazi medic, he was shot in the back as he returned to the American side. His body lay by the road for three days because the Nazis wouldn’t allow it to be moved. 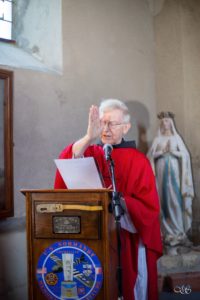 Friar James McCurry, Minister Provincial for the Our Lady of the Angels Province, traveled to Normandy, France and the “La Petite Chapelle de Cauquigny,” where some of the fiercest fighting on D-Day took place – close to the nearby hamlet of Gueutteville, where Fr. Ignatius was slain. He concelebrated Mass on November 12 and blessed the new stained glass window in the chapel (La Petite Chapelle de Cauquigny) honoring +Fr. Ignatius Maternowski.

Father Ignatius died to protect, not only his wounded fellow soldiers, but to safeguard all the innocent non-combatants of the area from the German reprisals.  He died in defense of those principles – a martyr of love.
Even now, in a secular and pluralistic age, this Catholic, Franciscan, Army captain – a simple boy from the small town of Holyoke, Massachusetts – embodies the very highest aspirations of any branch of the human family. His commitment to the dignity of the human person was absolute.   Now, because of this new stained-glass window, every person walking into Cauquigny Chapel can contemplate these truths.  Every visitor can leave this chapel inspired by the conviction that love for humanity must know no limits, as evidenced by the life and death of Father Ignatius.

Finally, permit me to thank all of you who are here today – the people of Normandy who cherish the memory of my Franciscan brother, Father Ignatius.  I can think of no more beautiful place in the world where the memory of this gentle hero-martyr should be preserved and revered.  May God bless you. 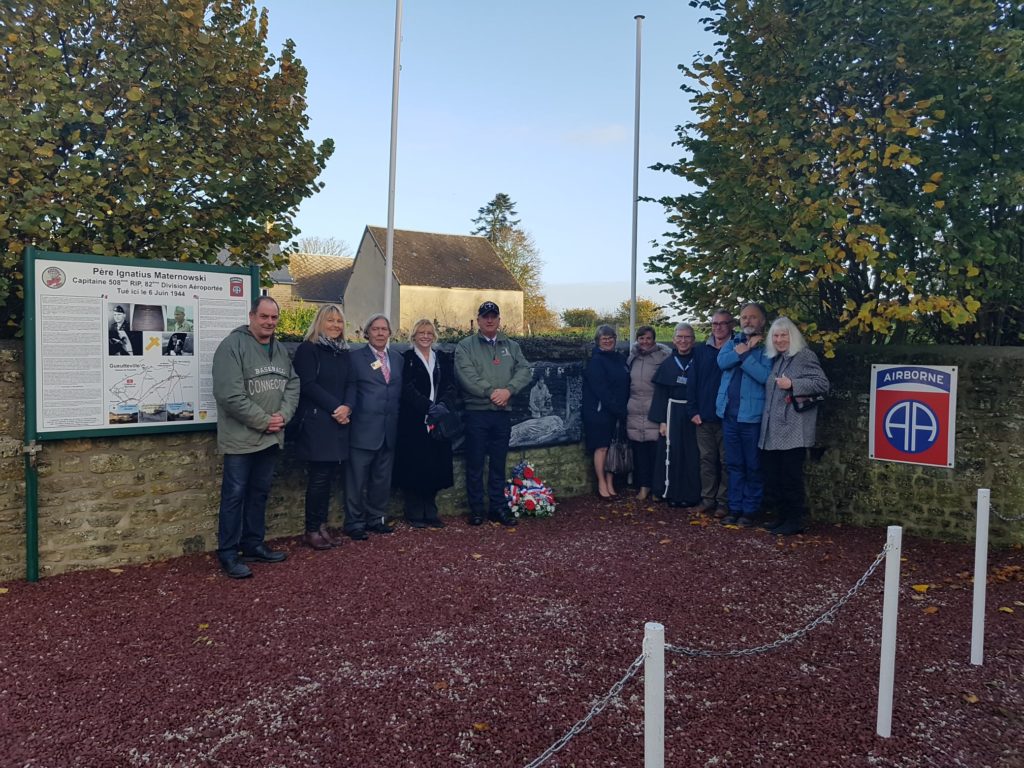 Serving the Poor in Lebanon