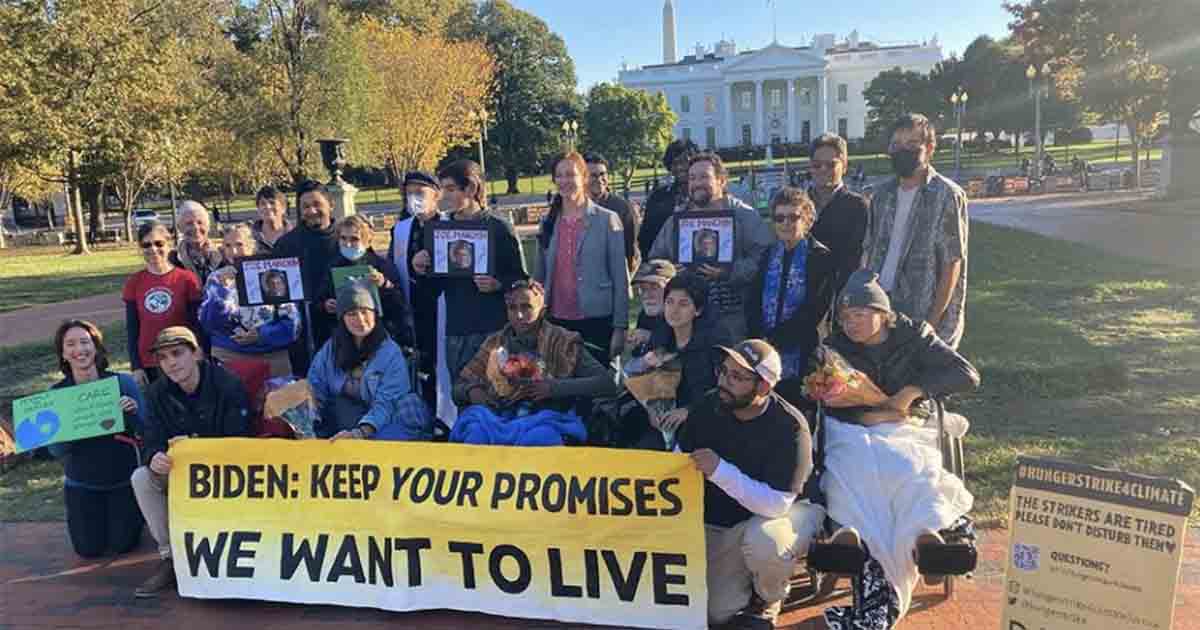 This past November, an NCR EarthBeat Article “More than 250 people fast in solidarity with climate hunger strikers in DC” featured our very own: friar Cristofer Fernández, OFM Conv. In this note, he recaps the details behind this event…

The event took place on a Wednesday after some grad school meetings I had on campus. A colleague of mine in the Religion & Culture area kindly offered me a ride downtown that afternoon, as they were already headed in that direction. It was, by all means, a “normal,” uncrowded scene around the White House. I was asked if I could be present to represent the Catholic Climate Covenant, the organization which I’d been working with for ministry that semester. The Covenant’s Young Adult Mobilization division had just rapidly planned a Catholic Solidarity Fast on all Saints Day in prayerful support of the Climate Strikers from Sunrise movement and others who were pressuring congress & the Biden Administration to take bold action on Climate policy in the Infrastructure and Build Back Better Bills.

It was a providentially timed occasion as our commemorative prayer with our ancestors in the faith fueled our drive to be credible witnesses of the work of sanctifying efforts towards a better politics. As a Latino also commemorating Día De Los Muertos, it was also an opportunity to live into the question: what kind of ancestor do I want to be? Like St. Francis, who was not unfamiliar with mediating between important Church figures and politicians of his time, we prayed to be “signs of contradiction” before a government among many world governments needing to take swift action to remedy the eco-social signs of the times.

I Lift Up My Eyes