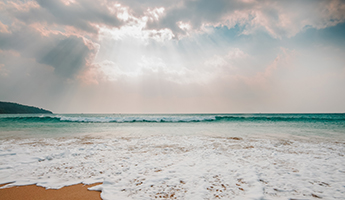 In the Malaysian coastal town of Malacca, there occasionally appears a type of crab with a distinct cross-shaped mark on its shell. I remember, when I lived in that country, that the discovery of such a crab made the national newspapers. Malacca was one of the centres of St. Francis Xavier’s missionary activity, and there is a story – found in some of the earliest literature and art concerning the saint – which serves as a kind of Just-So Story for the crustacean crucifer.

In 1546, while travelling to Malacca by ship, the saint and his companions were caught in a terrible storm. Francis raised his crucifix to invoke God’s aid, and (perhaps accidentally) dropped the crucifix into the ocean. The storm immediately abated and the travellers safely reached land. On the shore, to everyone’s great surprise, was a crab, holding aloft the crucifix. In gratitude, St. Francis blessed the crab and the image of the cross was impressed upon it – and, we assume, its descendants. 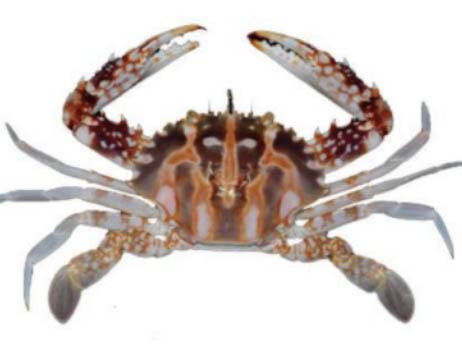 This story came to mind some time ago when I heard about some unique beans, known as Monstrance beans, which a brother in the neighbouring Capuchin friary has been using to make Rosary beads. These white beans have marking which look for all the world like a Monstrance. There are two competing Just-So Stories which account for their strange appearance.

One is that the beans were grown in a field where a thief had previously hidden a cache of consecrated vessels from a church burglary. In a twist reminiscent of the legend of St. Anthony of Padua, the bean-farmer was alerted to the site because his horse refused to move past the spot where the sacred loot was hidden.

The other story is that a monk buried some sacred vessels for safekeeping during an outbreak of violence in France, and planted beans over them. (My informant tells me it was during the French Revolution, but online sources seen to suggest it was the German invasion during the First World War.) Both stories attest that the beans were marked with an impression of the Monstrance. 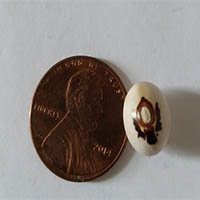 Here is a photo of the bean. It cannot be denied that the symmetrical markings look like they were painted on with a fine brush. Perhaps our minds are accustomed to seeing patterns where there are none. Sometimes these beans are called Angel Beans. I cannot see an angel in the markings on the bean, but then again, what does an angel look like? Perhaps those who have seen these marvellous beans but have never seen a Monstrance would ascribe their beauty to the angels who appear in some shape or form in many religious traditions.

Whether or not the markings on the crab or the bean are miraculous, they are nonetheless remarkable vestiges of their Creator and our Redeemer. For St. Bonaventure, God leaves his vestige on those corporeal creatures which are outside of us, and He leaves His image within us, impressed upon the human soul. Everything in creation tells of God’s Unity in Trinity: in its weight, measure, and number, and in its truth, goodness, and unity. Every image and vestige makes visible something about the Invisible God. May God be praised through these creatures, the crab and the bean, which make visible to us the love of the Invisible God on the Cross and in the Blessed Sacrament.

Longing For The Mother